Four women were killed in Oyo state when a truck rammed into a passenger car and two commercial motorcycles.

Four others sustained serious injuries in the crash.

The truck belongs to a popular dairy company located at Eleyele area of the city. It was gathered that the truck had a brake failure and veered off its lane crushing a Micra car and the motorcycles. 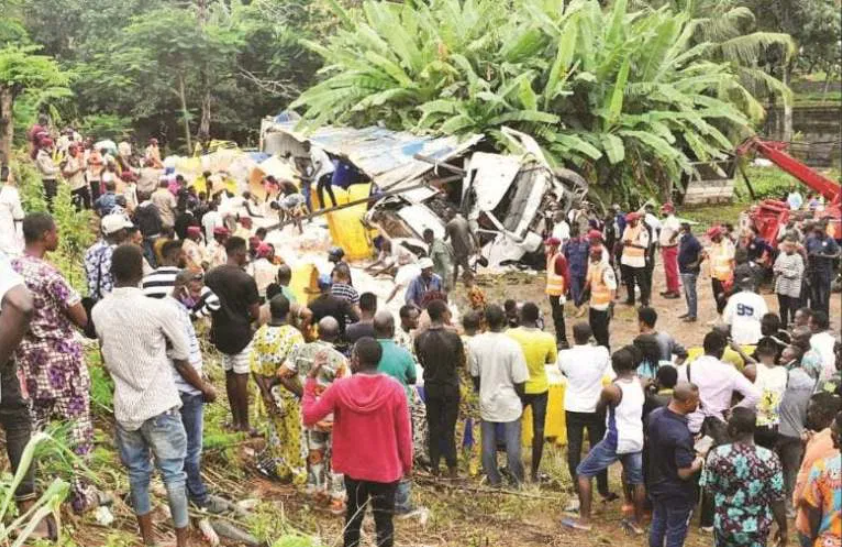 The police said, “The accident involved a Fan milk truck, a Nissan Micra and 2 motorcycles. Four women died on the spot and four other people got injured.”

Adebayor got lost on his way to visit Funny Face

Adebayor got lost on his way to visit Funny Face

Afia Schwarzenegger Is Jealous Of Akuapem Poloo Because Cardi B Chose...