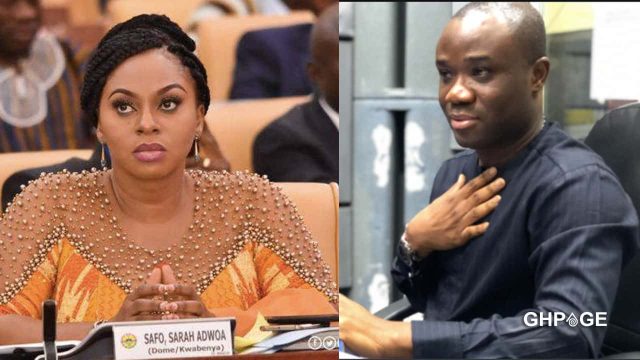 Felix Ofosu-Kwakye who is the former Communication Minister under the John Dramani Mahama led administration has showered praises on the Member of Parliament for Dome-Kwabenya Adwoa Safo.

Adwoa Safo has in recent times been receiving a whole lot of bashing from members of the public including NPP MPs in Parliament for her actions.

The MP has been missing from Parliament for some period now forcing the NPP to struggle for numbers in Parliament in their fight to approve the controversial E-Levy.

Due to this, the NPP are mounting pressure on the party to declare the seat vacant for a by-election to be held and a new MP elected to represent the people.

But according to Ofosu-Kwakye, Adwoa Safo has done the country a greater good by absenting herself from Parliament than the NPP party who are bent on getting the majority to pass the E-levy.

He said: “Adwoa Safo has done more for Ghana by her absence than the NPP government has done in the last few years. They wanted to impose hardships through the E-Levy and she thwarted that with her absence.”

The ruling NPP has 137 MPs, including one independent who has offered to work with them, whereas the opposition National Democratic Congress (NDC) has 137. As a result, the presence of all NPP MPs is critical for the passage of contentious proposals.

China’s North Pole – where temperatures plunge to -53C and the air catches in...

Sarkodie features on Bob Marley’s “Stir It Up” remix

Man City fight back to beat Tottenham in thriller