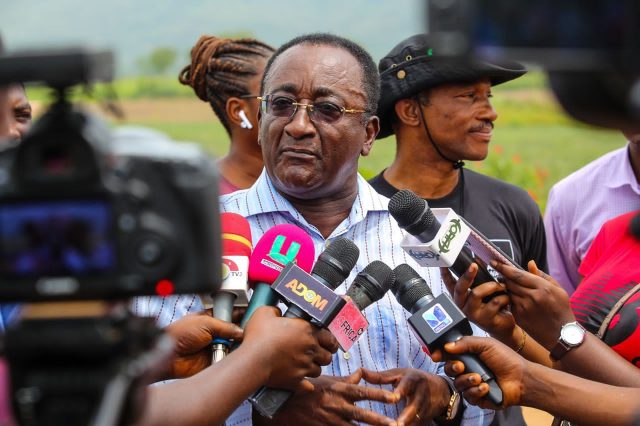 The CSOs – Peasant Farmers Association of Ghana (PFAG), Chamber of Agribusiness Ghana (CAG), CropLife Ghana and the National Seed Trade Association of Ghana (NASTAG) – said the hold-up could deny millions of Ghanaians access to cheaper food. It also has dire consequences for a sector they said is already fragile due to global price increases in agricultural machinery and inputs.

President Nana Akufo-Addo on September 12, 2020 assented to the Tax Exemption Act 2022, Act 1083, which is meant to regulate the application of tax exemptions and create an exemption regime for goods imported into the country.

Though the Act allows the Minister of Finance to grant industry-specific exemptions based on recommendations of a given sector minister with Cabinet’s approval, an application for exemptions by the Minister of Food and Agriculture since January 10, 2023 is still awaiting response from the finance ministry.

But the CSOs have explained that the two-week delay in approval since the application was made is already having negative consequences for importers and the sector.

They therefore warned that the situation, if not addressed immediately, could further worsen the food security situation in the country going forward.

The organisations are of the view that the Ministry of Finance’s decision to have agricultural commodities be considered as general goods and giving discretion to a sector minister is dangerous, and as such augur problems for the country’s food security agenda.

“Unfortunately, agricultural goods and equipment are not included on the list of items exempted from import duties. This decision by government to specifically exclude agro products from the list is shocking, and contradicts government’s policy of transforming the economy through agriculture,” Executive Director of PFAG, Dr. Charles Nyaaba, told the B&FT at a presser in Accra.

“While we still await a decision from the Finance Ministry to grant the request, our clients and service providers have their goods currently locked up at the ports due to exorbitant import taxes,” the CSOs said.

For instance, one service provider that has livestock vaccines valued at GH¢420,000 in import fees was asked to pay GH¢330,000 as taxes since the products were no longer exempted. The company, according to Dr. Nyaaba, has halted the clearing process and asked for an extension, hoping that the Finance Minister will soon grant the exemption.

Data obtained by the B&FT from the Agro Input Dealers Association of Ghana indicate that current clearance-cost for a 20-foot container of agro inputs is valued at GH¢90,000 – against the previous charge of GH¢15,000 when exemptions were in place.

Importers of agrochemicals and inputs have said they will have no option other than to slap the tax margins on cost of agrochemicals and inputs should government refuse to grant their request. Slapping the tax margins on products is expected to further worsen the cost of food situation on the consumer, as farmers are also ready to increase cost of food.

“The major fear is that we may not have enough agrochemicals for the 2023 planting season due to the exorbitant taxes. There are several importers who are unwilling to bring the required inputs due to this development, and farmers are already experiencing limited access to such inputs in one way or another. This is not good for production this year,” Anthony Morrison, CAG’s CEO, has disclosed.

The CSOs recommended that the finance ministry, as a matter of urgency, speed up processes and grant the exemptions as captured by the application letter from MoFA. They added that any further delay may aggravate the international prices of agro goods.

They also recommended that parliament should have a second look at the Exemptions Act, and take steps to amend it to specifically include agro inputs, goods and machinery.

UNESCO says investment in education is key to achieving SGD 4