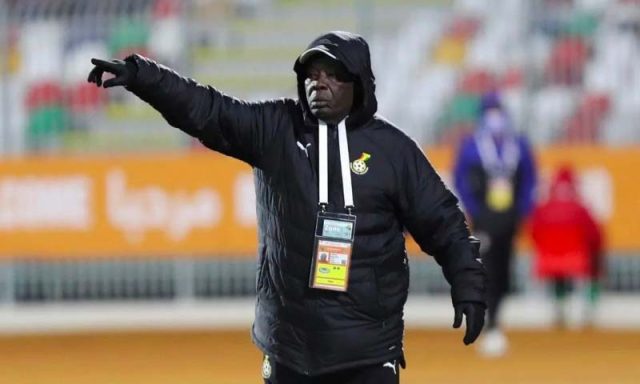 Black Galaxies coach Annor Walker has revealed the encouraging words he shared with his players after Sudan’s opener stunned them in Thursday’s match.

Ghana needed a win against Sudan to stay in the African Nations Championship after losing 2-1 to Madagascar in their first game. However, they fell behind after 31 minutes.

Sudan took the lead thanks to a brilliant team move completed by midfielder Al-Gozoli Nooh.

However, just before halftime, defender Konadu Yiadom found himself in the penalty area unmarked, and his deflected shot beat the goalkeeper.

Ghana improved in the second half, scoring twice through Daniel Afriyie Barnieh and Seidu Suraj to secure all three points.

Walker admitted after the game that he was pleased with the win and revealed what he told the players after Sudan’s goal.

“My players looked surprised after conceding the goal. When I got the opportunity to talk to them I psyched them up and let them know it was not over yet. I told them we can really make it and I made them know it’s not over until it is all over.

“We knew we don’t have supporters here and we wouldn’t get much support at the stadium. We relied on ourselves to fight to survive. We saw the fans shouting in support of Sudan and we knew we had to fight for ourselves and that’s what made us successful,” he added.

Following the win, Ghana are second in Group C and will qualify if Madagascar and Sudan draw or Sudan beat Madagascar by a narrow margin.

Is Temi Otedola breaking up with Mr Eazi?