Two armed men suspected to be robbers have attacked the Sandema district church of Pentecost, taking away a huge sum of money and other properties.

The incident happened in the midday hours of Sunday, right after service, as two leaders of the church were counting and documenting monies received as Collection.

According to an eyewitness account, the robbers arrived at the premises brandishing guns and asked the leaders – a male and female, to lie face down and surrender all money and mobile phones.

The leaders who were traumatised by the incident, the eyewitness continued, laid helpless as the robbers took away their booty, jumped on a waiting motorcycle and sped off.

The eyewitness said the bandits having succeeded in the act announced their departure from the scene with sporadic gunshots the air.

“…the robbers came on a motorcycle as two leaders of the church were counting the day’s collection. One of the leaders, who is a female was outside while the male was inside actually counting the money. They first met the female who was outside and showed her the gun and asked her to keep quiet and go inside with them. When they got inside, they were all made to lie down and they took the money and their mobile phones away. Before leaving, they fired into the air several times,” recounted an eyewitness to Upper East Correspondent, Senyalah Castro.

The incident, GhanaWeb learns, has been lodged with the police. Armed police and soldiers have also been dispatched to the area to ensure the safety of residents.

Hike in the activities of armed robbers in Sandema

The robbery incident adds to a number of cases recorded in the area in recent times following a surge in the activities of robbers.

In most of the reported cases, mobile money vendors, business owners and individuals carrying huge sums of money have become victims of their nefarious acts.

Recently, a flat-screen television set was stolen from the waiting bay of the Sandema district hospital. A mobile money vendor was also brutalized and robbed of Ghc12, 000 in Chuchuliga.

All these happened days after residents poured on the streets to demand immediate measures from authorities to curb the problem. 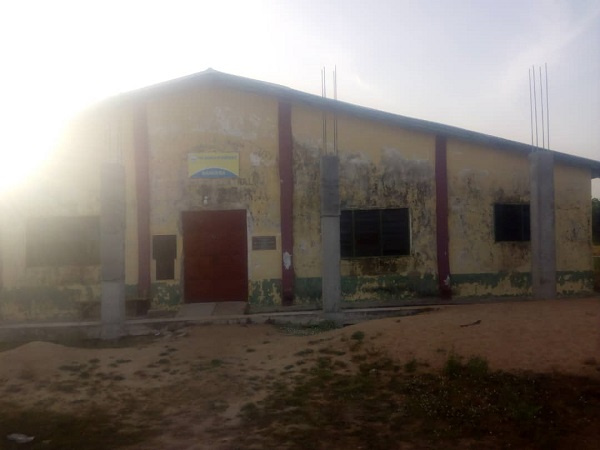 The incidents, which have become too many, have left residents continuously living in fear for their lives and property.

Residents hope the robbery at the House of the Lord, would communicate the extremity of the menace to authorities to finally wake up and tackle it.

“if this can happen in a Church. A place where God lives, then it tells you that the issue has gotten out of hands. It tells you that it is very very bad and authorities must act now,” a resident commented.

20 Best Lucrative Businesses You Can Start In Ghana

20 Best Lucrative Businesses You Can Start In Ghana