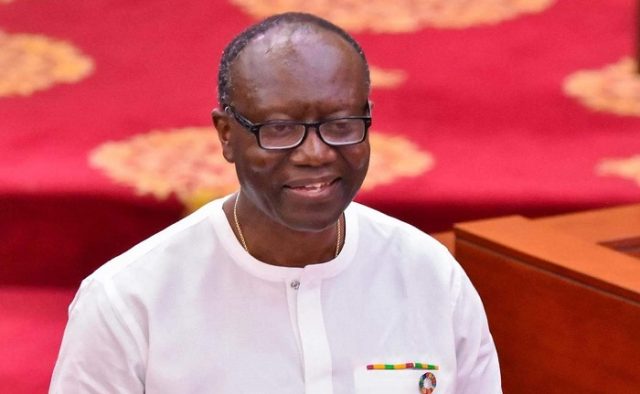 The Ghana Association of Banks (GAB) and government have reached a significant agreement regarding the terms of participation for banks in the Domestic Debt Exchange Programme (DDEP).

This agreement includes improvements to the DDEP, such as a 5 percent coupon for 2023 and a single coupon rate for each of the 12 new bonds; resulting in an effective coupon rate of 9 percent.

In addition, the agreement includes clarity on the operational framework and terms of access to the Ghana Financial Stability Fund (GFSF) and the removal or amendment of clauses in the Exchange Memorandum that empower the state to vary terms of the Exchange at its sole discretion.

“We are pleased to have reached this agreement with the government of Ghana. It is a significant milestone toward addressing our economic challenges and will help restore macro-economic stability and accelerate Ghana’s economic growth,” Chief Executive of GAB, John Awuah, indicated in a joint statement on the matter.

The GAB notes that participation of its member-banks in the DDEP, per the new terms, is subject to each individual bank’s internal governance and approval processes – but in any case, not later than January 30, 2023.

“This is a major step forward in our efforts to conclude the DDEP in time with all other stakeholders. We are committed to working closely with the GAB and other stakeholders to ensure the success of this programme,” the Ministry of Finance stated.

In December 2022, the Ghanaian government offered bondholders an opportunity to exchange about GH¢137.3billion worth of domestic bonds for a package of 12 new bonds with maturities ranging from 2027 to 2038, and coupon rates ranging from 0 percent to 10.65 percent. The exchange was voluntary and bondholders had until January 2023 to participate.

Impact of DDEP on banks

Unsurprisingly, a study analysing the impact of Ghana’s debt exchange on the financial and real sectors of the economy indicates that the banking sector will suffer the most losses, at just under 60 percent.

The report also emphasised that sovereign debt restructuring weakens domestic investors’ balance sheets, causing a contraction of credit and a fall in output. This is particularly concerning as the larger the exposure to domestic debt, the stronger the negative impact on the economy.

Sovereign debt restructuring is expected to weaken domestic investor’s balance sheets causing a contraction of credit and a fall in output due to the larger exposure to domestic debt. With overall NPV estimated losses of 58 percent, banking sector losses amounted to GH¢67.88billion – a major factor for determining the banks’ capital needs.

The debt exchange programme has raised concerns among analysts and economists about potential long-term effects on the economy. It is feared that the high losses for local bondholders could lead to a reduction in investment, which in turn would negatively impact economic growth and development.