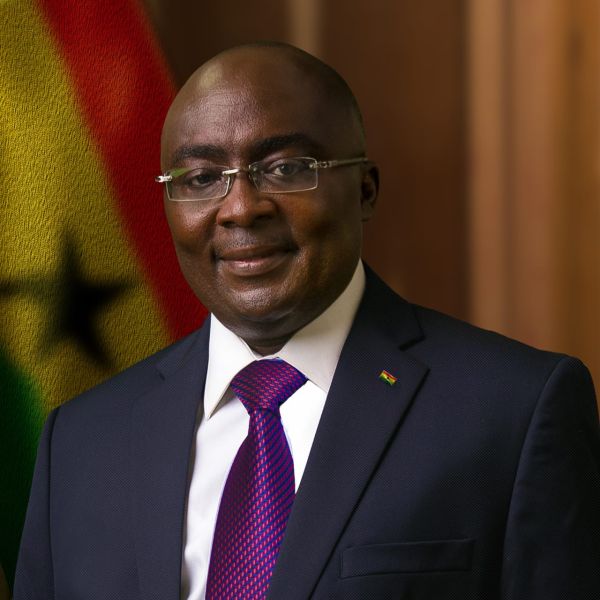 The Majority Chief Whip in Parliament, Frank Annoh-Dompreh, has lauded the genius of Vice President Dr Mahaudu Bawumia following the successful takeoff of his gold-for-oil plan.

Reacting to recent news of the policy’s successful implementation, Annoh-Dompreh said Bawumia is a gift to Ghana who will rescue us from the current challenges via his unconventional policy ideas.

Taking to Twitter, the Member of Parliament for Nsawam Adoagyiri wrote: “He is a gift to this Nation, let’s not take it for granted. Do away with your ‘Hatred’ for him.. He will rescue us, certainly. Dr. Bawumia, ever proud of him.”

His reaction comes after news broke that Ghana has received the first batch of fuel procured under the gold-for-oil policy on Monday, January 16th 2023.

The 41,000 metric tonnes of fuel procured under the government’s revolutionary ‘gold-for-oil’ policy arrived at the Tema Port, delivered by the vessel SCF YENISEI.

The relatively cheaper fuel was procured from the international market with gold instead of U.S dollars in a landmark new policy intended to fight the effects of cedi depreciation on the Ghanaian economy.

Speaking on the policy during his opening of the 42nd Annual New Year School and Conference at the University of Ghana, Legon, Bawumia touched on the ingenuity it took to come up with the policy.

”…We have mined gold for over 200 years, and when I looked at the data I realized that our total reserves of gold in Ghana was just  8.7 tonnes at the end of 2021. One of the largest gold mining countries, we are in the top 10 in the world but we have not accumulated gold to build our reserves.

“We looked at the other side of the balance sheet, we export gold and we import oil. The cost of oil import is about 3 billion dollars a year. So we ask the simple question, why don’t we, since we have always got pressure in finding US Dollars to buy oil,  rather reach an agreement to change our gold for oil and then, sell the oil in Cedis and then, use the Cedis to buy more gold, use that gold to pay for oil, sell the oil in Cedis and then you don’t need to look for the scarce foreign exchange to buy oil, which always leads to depreciation on the currency.

“With this idea, we said, let us do something that the textbooks don’t teach you, let us do something that is out of the box and this is why we said gold-for-oil. We quickly looked at this and we negotiated with the suppliers of oil who were very excited and happy to receive gold in payment. Thankfully, yesterday, Monday, Ghana took its first delivery of oil under the gold-for-oil programme,” Bawumia espoused.