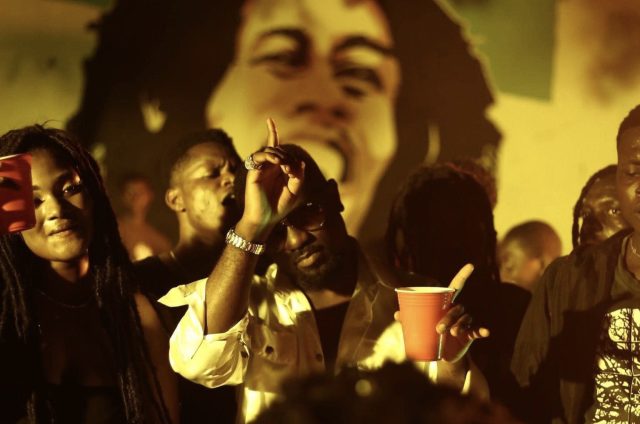 Two-time VGMA Artiste of the Year winner, Sarkodie, has expressed his excitement over his new song with Bob Marley.
Sark has definitely kicked off 2023 on a good footing by collaborating with legendary reggae artistes, Bob Marley and the Wailers band on a new rendition of Bob Marley’s classic “Stir it Up” released in 1973.

The Adonai artiste who gave a hint on the collaboration on Wednesday, January 18 has disclosed that the project is the biggest highlight in his music journey.

“Finally, we get to share with the World. Definitely, my biggest highlight in my music journey, big honour. Friday, we enjoy this,” he tweeted.

The new single and video officially released today sees the Caribbean unite on one of the most recognizable songs in the World.

It’s one of the most popular tunes in the world by the late and well celebrated reggae artiste, Bob Marley. The new tune was produced by Ghanaian producer, MOG and featuring prominently on is the signature guitar strums.

With the huge recognition and relevance in matters of global music, the song is already generating lots of interest and buzz with diverse opinions, particularly with Sarkodie’s performance.

Interestingly, Sarkodie’s choice of rapping in the Twi language other than English has become a subject of controversy.

Critics are arguing that rapping in Twi will limit the attention of global audiences.

While others are of the opinion that music is a universal language without barriers, irrespective of the language used.