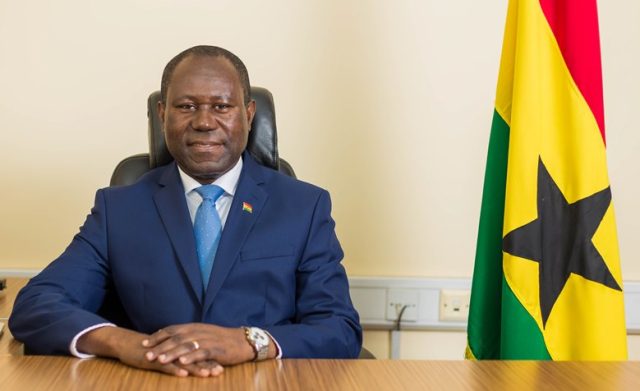 The Bank of Ghana (BoG) has directed that retail investors who do not want to participate in the rollover of 182-day cocoa bills be paid their maturities which were due on Thursday, January 19, 2023.

This decision, which will see commercial banks utilise Ghana Cocoa Board (COCOBOD) deposits in their possession, is aimed at reducing cash flow challenges for retail holders of cocoa bills, the central bank said in a statement issued yesterday.

It is uncertain how this will affect liquidity in the nation’s already-strained financial ecosystem, and the overall impact on COCOBOD’s financial position.

The announcement comes after COCOBOD defaulted on payments for maturities of its 182-day bill for the first time – rolling-over outstanding securities with face value of GH¢940.42million, without express approval from holders of the bill.

However, the Bank of Ghana in explaining its actions said: “To reduce the cash flow challenges on retail holders of cocoa bills, the Bank of Ghana, COCOBOD and commercial banks have agreed to allow banks to use COCOBOD’s deposits/placements held at the various banks to cater for retail customers who may not want a roll-over of their cocoa bills”.

This also comes with assurances from COCOBOD that the outlook for 2023’s crop season remains positive, with the cocoa oversight body projecting production to hit the 750,000 tonnes mark.

“We therefore expect that the short-term cash flow challenges facing Cocoa Board will be resolved soon, to enable COCOBOD meet its obligations to investors,” the Bank said of the heavily-indebted Board – which had an estimated debt stock of GH¢12.3billion at the end of 2020.

The central bank indicated that the market was engaged through the usual processes to reissue on behalf of COCOBOD a new six-month Cocoa-bill to raise funds to cover the maturing obligation; however, the auction failed and was severely undersubscribed by as much as 90 percent, resulting in a shortfall of GH¢855.42million.

In response to the overwhelming undersubscription, a meeting was held on Friday, January 20, 2023 among the commercial banks, COCOBOD and Bank of Ghana – from which a decision was made to roll-over their maturing cocoa bills for Tender 6155. “Financial Institutions have agreed to roll-over their cocoa bill investments,” a portion of the statement read.

Interestingly, the financial sector regulator appeared to be taken aback by the participation of retail investors in cocoa bills, as it appears the primary holders – institutions – sold the securities without the apex bank’s knowledge or consent.

The cocoa instrument was introduced in 2002 as an added layer of investment options to the public and a means of easing cyclical pressure on the cedi. The cocoa bills have been a mainstay of the domestic capital market, particularly the 182-day variant. They have recorded handsome patronage on account of the strength of their underlying asset – cocoa.

The Ghana Cocoa Board is a government-owned entity responsible for regulating and developing the cocoa industry in Ghana. The country is second-largest producer of cocoa in the world, and the industry is a major contributor to the country’s economy. The default on 182-day cocoa bills is a significant blow to the industry, and it is not yet clear how government plans to address the situation.