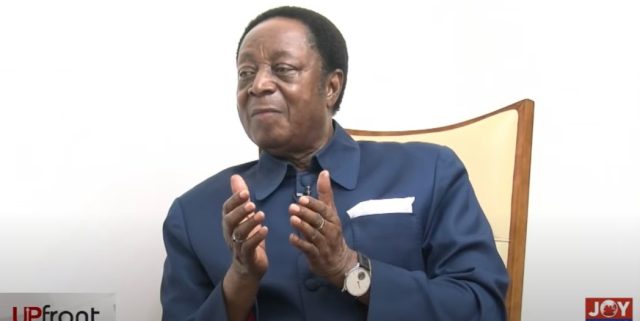 According to him, the current approach the government is adopting has the potential to weaken the financial sector.

“If you don’t manage the domestic debt exchange properly, the financial sector will be weakened in such a way that it won’t be able to perform the role that sector is supposed to perform. We should be very careful,” he said.

Speaking on JoyNews Upfront on Friday, he said the bonds government intended to claim was huge and could completely destroy the lives of Ghanaians.

He explained that the government’s decision to include insurance claims might cause problems for financial institutions since they would have to look elsewhere for monies to pay their clients.

“The bond of 1.7 billion is huge, if you look at the insurance company, for example, the premiums they collect are now in the government bonds.

“If it’s a general business it’s there for claims payment your car is involved in the accident, you have to pay from the premium they collected from you and other people now it’s in the bond government has taken the bonds if there is a claim how would they pay?” he quizzed.

Dr. Duffour stressed that he was worried about the dire effect this might create.

Responding to a question by host Raymond Acquah on whether it was necessary for shareholders to be included, he said yes.

“ You cannot deal with my caretaker, when I have not been consulted, at the end of the day it will fall on me [the shareholder] so let me also play a part to express my view on this,” he said.

The former Finance Minister’s suggestion adds to the many calls by stakeholders for the government to have a round table discussion with private entities to come up with solutions to probably help structure the debt.

On Thursday, the Ministry of Finance set up a technical committee to further engage individual bondholders on their inclusion in the debt exchange programme.

This followed a closed-door meeting with leaders of the Individual Bondholders Forum on Wednesday for engagement on the programme.

Convener for Individual Bondholders Forum, Senyo Hosi who was present at the meeting told JoyNews in an interview that the Committee after its work will make some recommendations upon which the exclusion of their bonds will be decided.

“We have agreed to set up a committee to work together on proposals that can help manage the challenges…we are looking forward to that committee starting work tomorrow.”