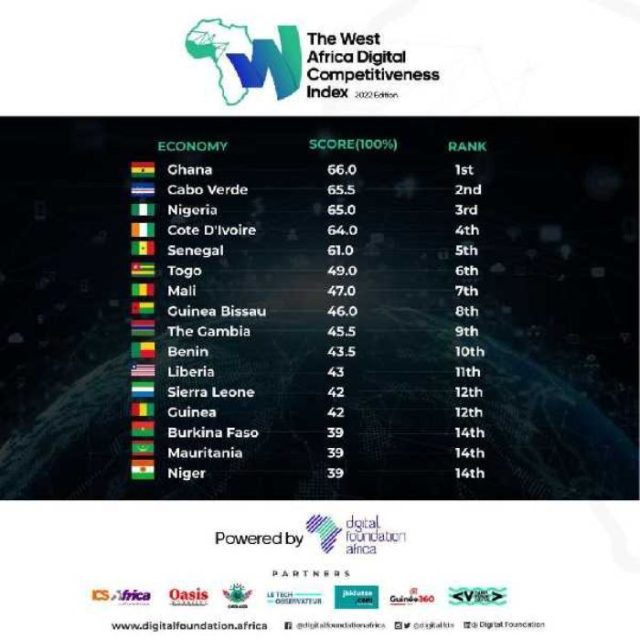 Ghana scored 66% on the index, half a percentage point more than Cape Verde in second place. Nigeria rounded out the top three with a 65% score.

The index was compiled by the pan-African think tank Digital Foundation Africa, which announce via a statement that  “the Index measures, access and rank which of the West Africans states is implementing, adopting while using good policies among other uses of digital services while mapping the growth of its digital development sectors for socio-economic transformations”.

“The Ranking would guide ECOWAS states in their approach in the implementation and development of the digital sector hence translating into how citizens transact and use digital in their daily lives. After the release of the index, activities will be held to engage governments and other stakeholders per country to help in the direction and future of the digital sector,” the statement added.

Bawumia, whose digital advocacy led to being named one of the most influential leaders in Africa, has postulated digitalisation as a solution to most problems plaguing African nations.

As a consequence, digitalisation has been employed as a tool to make life better for Ghanaians under the Vice President’s leadership.

Others include the National Electronic Pharmacy Platform (NEPP), use of drones to deliver medical supplies, and complete networking of all government hospitals, plus more.

In 2022, Ghana’s digital progression was recognised by the Mobile World Congress Africa after being named the No.1 country in Africa for financial inclusion, a by-product of the implementation of the mobile money interoperability platform.