Ewuradjoa Obuobia Boateng, has been adjudged winner of the maiden edition of Citi TV’s Keyboard Idol.

The grand finale of Keyboard Idol took place at the Silicon House in Accra on Saturday, October 24, 2020.

The journey was over for Joel Yarney and Nana Yaw Nkrumah –Buandoh at the classical round of the competition.

Now, at the third and final round of the competition, Ewuradwoa Obuobia Boateng, Kelvin Yeboah Acheampong and Uriel Yeboah-Afreh played with a band to show their consistency in the competition to determine the winner with of course the 20% votes of the supporters and 80% marks of the judges.

Ewuradwoa Obuobia Boateng won the grand prize of GHS10,000, a plaque, a tablet and paraphernalia from Santol Energy, 3 months free music training from Faith Works Music School, an Asanka device from Techaide, a Keyboard Idol paraphernalia from Citi TV and other souvenirs. 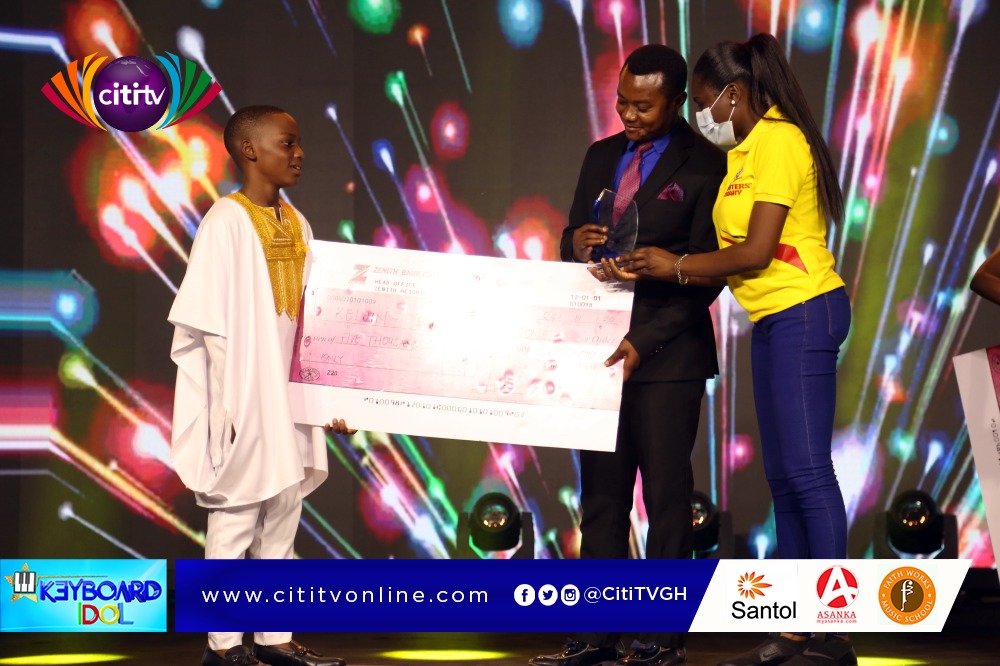 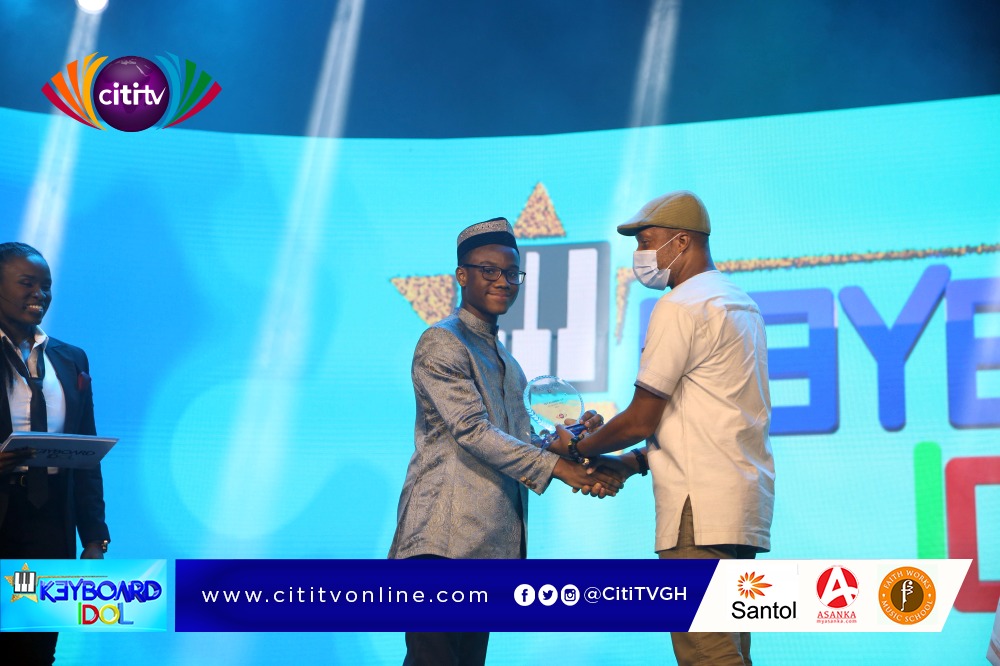 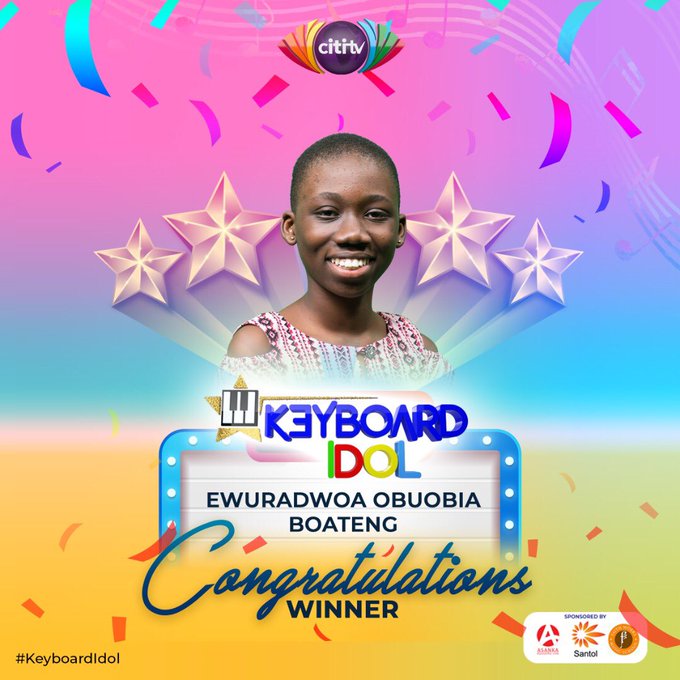 Over 300 entries were submitted by for the competition.

The entries were received from across the sixteen regions of Ghana. Notable among the regions were Greater Accra, Western, Volta, Northern, Bono and Central.

These were sifted to 20 after which the final ten (10) were selected for the contest.

Eleven-year-old Vinyo Anku became the first person to be evicted in the talent hunt.

Sadly, Chris Tamakloe, one of the star performers of the contest, met his untimely death on Saturday, September 19, 2020, when a vehicle in which he and his father were travelling was involved in a road accident, at Asutsuare Junction.

Keyboard Idol was proudly sponsored by Asanka, powered by TechAide Ghana and Santol Energy and is powered by Citi TV.