Firefighters are having a hard time dousing fire that has gutted structures at a community in Shiashie within the Ayawaso West Wuogon constituency in Accra.

Over 100 kiosks which serve as shelter for some squatters have been burnt to ashes with the squatters struggling to salvage their goods.

An eyewitness told Citi News that the fire spread to other kiosks quickly because they were too close to each other.

“I can say its about 100 kiosks. There’s no interval in between the kiosks thus causing the fire to spread faster. Those in the kiosks all came out when they saw the fire. I think it started in one of the kiosks and extended to other parts”.

It is currently unclear what triggered the fire.

John Dumelo, the National Democratic Congress’ parliamentary candidate for the constituency who came to the scene assured that his outfit will come to the aid of the squatters.

“When I got here there were two fire tenders. 30 minutes after they ordered for about two more. The fire personnel are ensuring that things are under control. A number of people have provision shops here. As for the businesses, I’m sure about 40 small scale businesses might have been affected. Personal belongings have also been lost. It’s a sad day for Shiashie.” 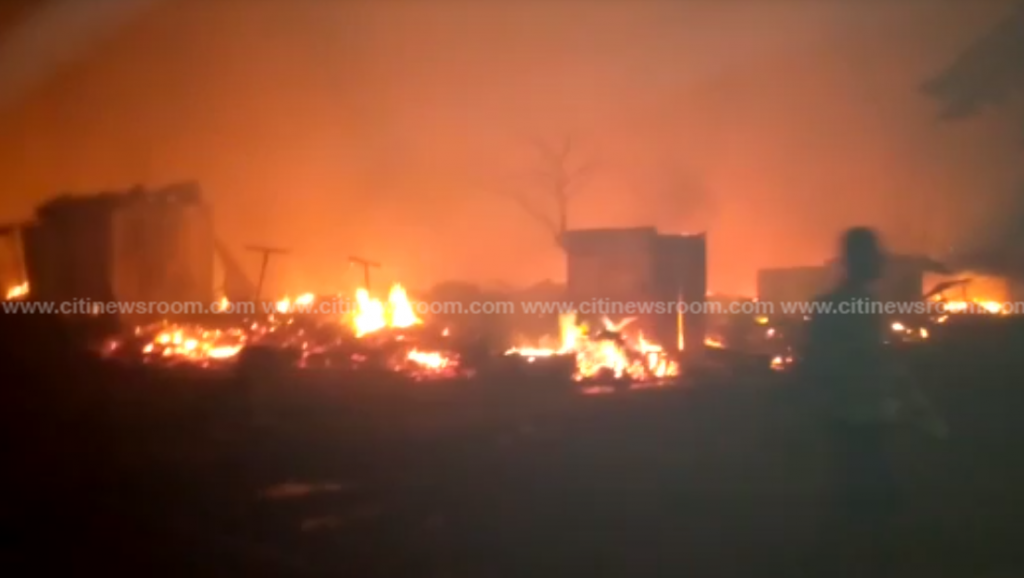 Meanwhile, the Member of Parliament for the Ayawaso West Wuogon constituency,
Lydia Alhassan, says she has provided accommodation for the affected residents at a church in the constituency.

Africa Day 2021: The Need for a Continental Response to the...

Efya speaks after Nigel Gaisie’s prophecy that she will die