Ghanaian actor/ comedian Benson Nana Yaw Oduro Boateng, popularly known as Funny Face, is a Ghanaian comedian, known for his role in TV3 Ghana’s sitcom Chorkor Trotro , has taken to his Instagram page to share a video of a policeman who tried to disgrace him. 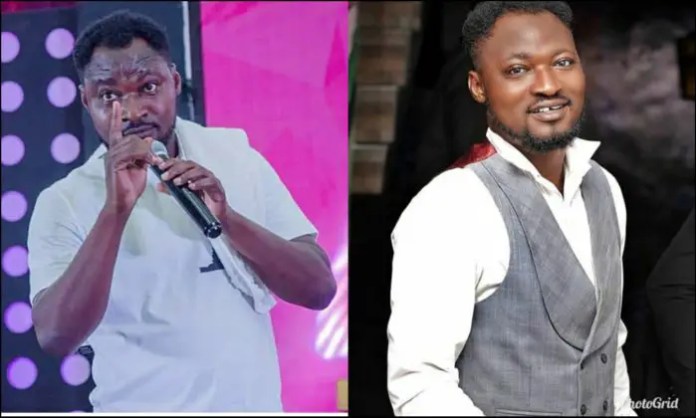 According to Opetey 1 as he is affectionately called, he went to shoot a new TV series known as Kasoa Trotro which is a series to educate Ghanaians on sanitation and how to go about it. All of a sudden, a policeman came and started harassing him( funnyface) all because his name was being hailed by some fans.

In his post he wrote; God bless all good police men and women. When we are doing our best to Educate Ghanaians on sanitation and road safety through my new TV serious #Kasoa Trotro..for no reason dis police u see in the da video….and listen to how people were hooting at him… ”

Some of his fans who felt bad at how be was been mishandled supported him and hooted at the police man.

Drones That Work for Food, a Self-Landing Plane, and More News...

I doff my hat to Samira Bawumia – Ursula at NPP...

Cardi B Blasts Stupid Ghanaian Celebrities – Says They Saw Her...

Kofi Adjorlolo’s Rant About Movie Producers Not Paying Him Was Under...

A Woman Who Stands By Her Man When He Is Broke...