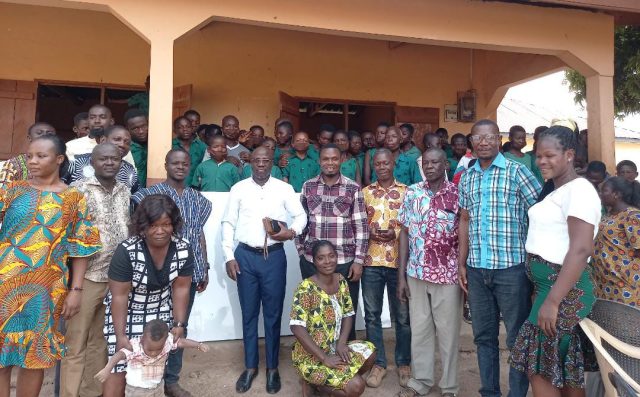 The Gbi-Wegbe E. P Junior High School (JHS) A and B, have received white boards to enhance quality education.

The boards at a cost of GH¢1,600 were presented by the Hohoe Municipal Chief Executive (MCE), Mr Daniel Noble Awume.

Mr Awume said the presentation was in part fulfilment of many requests his office received during a tour he made to the schools last year.

He said the Assembly would also expedite plans to provide other educational materials that would enhance quality teaching and performance improvement.

Mr Awume admonished the teachers to be committed to imparting knowledge to the pupils.

Mr Patrick Dzandu, Headmaster of the Basic A, expressed gratitude to the MCE for the support and kind gesture.

He said the school would take proper care of the board to ensure its longevity.

Mr Niiquaye Charles, Headmaster, Basic B, also thanked the MCE, and appealed for the repairs of windows and doors of the classrooms to secure the classrooms.