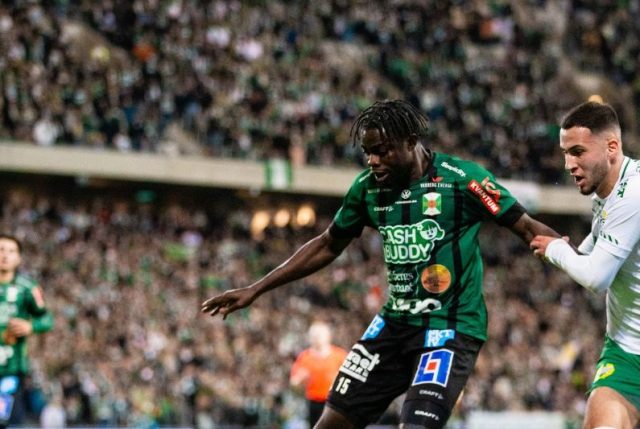 Ghanaian defender Gideon Mensah won’t return to the field of play until early 2024, according to updates shared by his Swedish club Varbergs BoIS.

The budding defender, who is a product of the Right to Dream Academy and featured for the Ghana U17 side at the 2017 FIFA U-17 World Cup, suffered the terrible cruciate ligament rupture during training.

“Very sad for Gideon with the injury but he has an extremely strong will and determination which means that he will fight hard to get back. We look forward to a motivated Gideon for the 2024 season,” an official club statement reads.

Varbergs manager Jocke Persson has been left disturbed by the injury to the youngster.

“‘It’s sickeningly boring and life as an athlete is not fair but Giddy is strong as a lion and will return again this time. Now we wish him the best rehab and hope he will be close to the group all year as often as possible as he is an important piece with his lovely attitude and hi s big smile,” he lamented.

Mensah scored once in 18 league appearances for the Halland County-based side.

ChatGPT Sounds Exactly Like Us. How Is That a Good Thing?