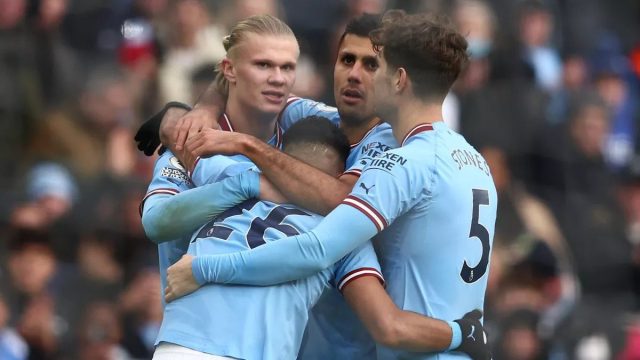 Manchester City cut the gap to Arsenal at the top of the Premier League table to two points with a 3-0 mauling of Wolves.

Coming into the match on a five-match winning streak against Wolves, City always looked like extending it.

The hosts had 92% possession midway through the first half, but the visitors were defending bravely.

With five minutes to go before half-time, Kevin De Bruyne dinked a perfect cross in for Erling Haaland to head the hosts into the lead.

10 minutes into the second half, the match was over as a contest after Haaland added two more goals.

The Norwegian first dispatched a penalty – awarded after Ruben Neves fouled Ilkay Gundogan – before completing his hat-trick with a tap-in following a Jose Sa howler.