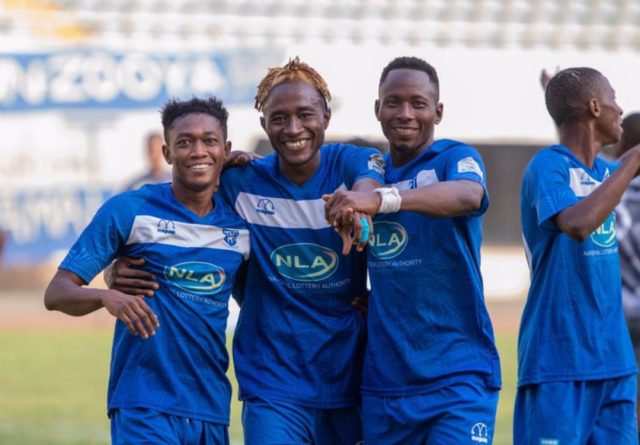 Hearts of Oak board member Alhaji Akambi has denied reports claiming the Phobians have requested for a termination of their loan agreement with RTU for striker Issah Kuka.

Pure FM reported last week that the Phobians have contacted the Pride of the North to activate a termination clause in their loan agreement for the young striker.

Ghana Sports Online further published that RTU want the capital club to cough up to GHS100,000 to have the deal cancelled.

However reacting to the story on a WhatsApp platform, board member of the 21-time Ghanaian champions Akambi outrightly denied the reports and labelled it as fake.

Meanwhile, 20-year-old Kuka who was farmed out to the Pride of the North before the start of the season by the Rainbow club and has scored 6 league goals in 10 games.

While, Benjamin York is the leading scorer for the former African champions with just 3 goals from 8 games.

With striker Daniel Afriyie Barnieh set to exit the club at the end of the tournament in Algeria, the Phobians desperately need a replacement and the lanky forward has now become the heir apparent at the capital club.