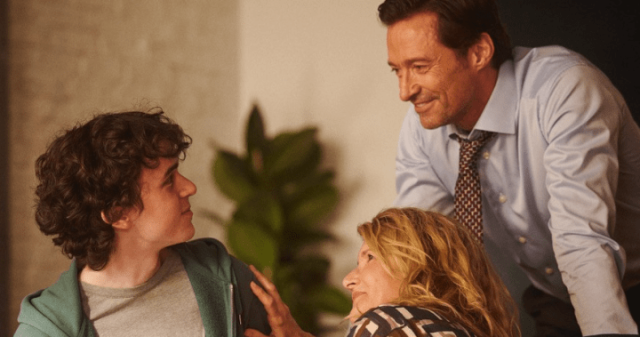 As parents themselves, Hugh Jackman and Laura Dern know just how difficult it can be to raise a child today.

In their new film The Son, the actors skillfully weave an intense tale of family, intergenerational trauma, guilt and love. Written and directed by Florian Zeller, The Son is the second in a series of plays-turned-movies, and follows Zeller’s Oscar-nominated film The Father, starring Anthony Hopkins.

How thieves stole a Toronto condo in ‘total title fraud’, selling it for $970,000

In this second instalment, Jackman — who plays Hopkins’ son, Peter — is raising his own children while grappling with the ever-complicated relationship between he and his father. Peter, who recently remarried and has an infant son with his new wife Beth (played by Vanessa Kirby), is summoned to help his ex-wife Kate (played by Laura Dern) parent their troubled teenage son Nicholas (played by Zen McGrath).

Jackman’s performance in The Son earned him a Golden Globe nomination for Best Actor in a Motion Picture (Drama).

Man lost at sea for 24 days survives on a bottle of ketchup, stock cubes

Within minutes of the film’s sombre opening, it’s obvious The Son is a tear-jerker. Even Jackman and Dern said they often had difficulty leaving their emotions at work at the end of every day.

Global News’ Sarah Do Couto sat down with both actors to talk the importance of mental health, family and honest communication.

(You can watch the full interview with the two stars, top.)

Camidoh releases new EP titled ‘A Lifetime Is Not Enough’

Afrochella organisers exposed over lady’s death after explosion at concert