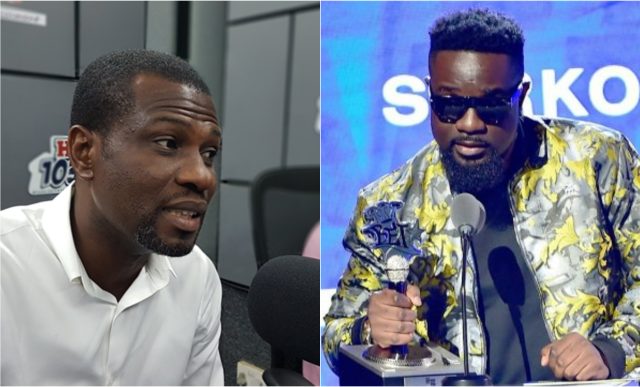 Mark Okraku-Mantey, the deputy minister for tourism, the arts, and culture, has expressed disappointment in musician Sarkodie.

Mark Okraku Mantey made this remark after rapper Sarkodie lambasted the government on Twitter for failing to support artists even when they use their skills to draw visitors and investors to the nation.

Reacting to the tweet of Sarkodie, Mark Okraku-Mantey disclosed that he was disappointed in Sarkodie over his comment, “I was somehow disappointed when Sarkodie made those comments”, Mark said.

Mark Okuraku Mantey, who has backed the regime, revealed that the government was behind the just finished Global Citizens Festival, which featured many celebrities, including Sarkodie. It would therefore be inaccurate to claim that the government does not support artists.

Sarkodie tweeted, “We ( creatives ) do a lot to put our country out there, attracting a lot of tourists x investors that translates to money to help nation building yet that’s one sector with no support… I feel my brother and support him especially if he actually reached out and didn’t get help”.

“Sarkodie made those comments despite performing a few days after the Global Citizen Festival. So was the government not a key player in bringing the festival to Ghana?” he quizzed.

“I see that people think the government will carry money for you (creative) to operate. The government will not be able to do that. It can only support with logistics, technology, and initiatives which will inure to the benefit of everyone at once,” he explained.