Michy was conspicuously missing at the birthday party

Ex-girlfriend of dancehall act Shatta Wale has revealed she is not to blame for her absence at Shatta Wale’s birthday party.

The couple who once were the talk of the town and one of the most admired couple decided to part ways a few years ago.

After their breakup, there was some heat between them for some time but it all settled down after some months, which saw Shatta Wale wishing Michy a happy birthday with a song on her birthday.

On Shatta Wale’s birthday a few days ago, Michy also wished him a happy birthday with some throwback photos of them and wrote, “From fake chains to owning lanes.. a birthday worth celebrating no matter how mad I am at u .???????????? happy birthday @shattawalenima‘stripper treats‘ will be at your gate at 11:30 pm. All paid for, nuh worry????????”

With this message, many were expecting to see Michy at Shatta Wale’s birthday party but unfortunately, it wasn’t so which got some fans disappointed.

A fan who quizzed and accused Michy of not being at the party got smashed by Michy with the truth behind her absence.

Michy told the fan not to say what he doesn’t know, because how can she be at a place she wasn’t invited, clearing the air about her absence at Shatta Wale’s birthday party. 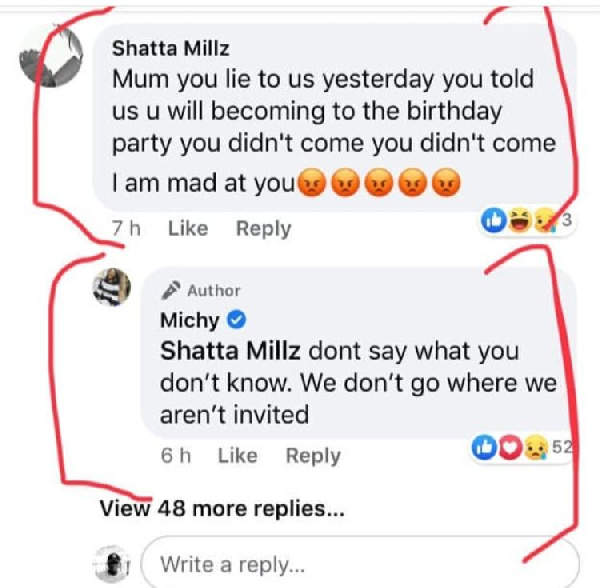