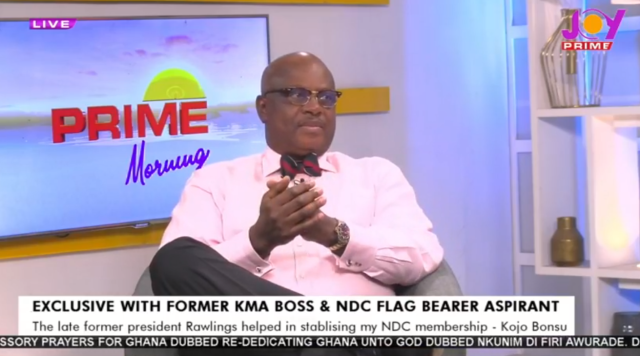 The former Kumasi Metropolitan Assembly (KMA) boss, Kojo Bonsu, has commented on the recent brouhaha between bondholders and the government.

According to him, there is a likelihood of collapse of some banks if the government does not set things right.

He attributed his claim to the fact that most people may sell their bonds to avoid the risk of losing their money.

This, according to him, was the reason for the appreciation of the dollar, as most people were changing their cedis.

Speaking on Prime Morning, on Wednesday he said, “A lot of people were not going for the dollar, but because a lot of people got into that fear, they started buying it. So, they sold their bonds.”

“If we don’t take care, some of the banks are going to collapse, because a bond is a paper. Where is the money to run the system?” he asked.

He believes the NDC is capable of resolving the current economic crisis in the country, even though it may be difficult.

He blamed the creation of the additional regions as the cause of Ghana’s economic canker.

The former KMA boss explained this by stating that the newly created regions will require developmental structures and people to manage them.

He urged government to reduce the number of people they travel with on international trips in order to reduce costs.