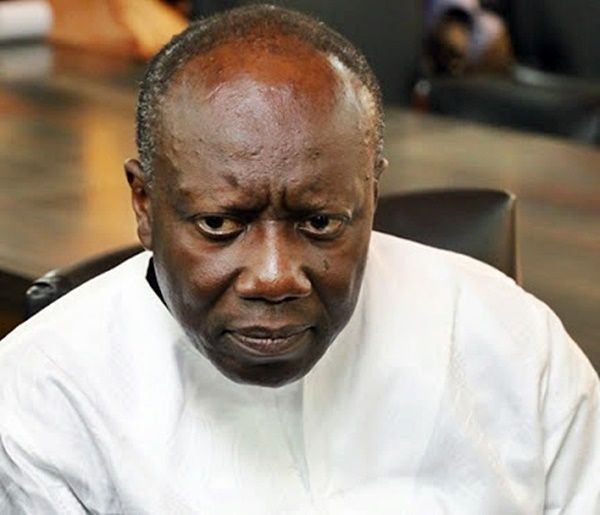 Finance Minister Ken Ofori-Atta is optimistic that Ghana will get the approval of the board of the International Monetary Fund (IMF) for a bailout by March this year.

Ofori-Atta said a debt profiling deal from the Paris Club under the G20 Common Framework and a successful Domestic Debt Exchange Programme are prerequisite to getting approval from the board of the International Monetary Fund (IMF).

“I’m confident that we’ll get approval for the IMF deal … we have a deadline of end of February for the Paris Club.”

“So, we need to be able to do that and in between that we would have completed our Domestic Exchange Programme and, therefore, to be able to go to the [IMF] board in March for this to be executed,” Ofori-Atta told George Wiafe on the PM Express Business Edition on Joy News.

Meanwhile, Ofori-Atta has allayed fears that treasury bills will be affected by the government’s debt exchange programme.

He said treasury bills will for ever remain untouchable as far as the debt exchange programme is concerned.

Ofori-Atta said the government has conducted a debt sustainability analysis which does not include T-bills.

“We can’t afford to touch it. Let me assure you, treasury bills will for ever remain sacrosanct. Treasury bills are exempted completely.

“We have done the sustainability analysis. We are not including treasury bills. That is how government funds its operations,” he told George Wiafe on PM Express Business Edition on Joy News.

So far, the government has been meeting with various stakeholders to build consensus on the debt exchange programme

“Building consensus is key to a successful economic recovery for Ghana. Pending further stakeholder engagement with institutional and individual investors, recently invited to join the debt exchange programme, the government is extending the expiration of the DDE to 31 January 2023,” a tweet from the Office of the Finance Minister said.

This week, Ofori-Atta met the Individual Bondholders Forum (IBF) to address members concerns about the programme.

The government has set up a technical committee through the Ministry of Finance to address concerns raised by the IBF regarding the Domestic Debt Exchange Programme.

The IBF has been intensifying calls for the government to exclude individual bondholders who have collective investment schemes from the entire debt restructuring exercise.

Ghana announced a domestic debt exchange programme in December 2022 and said that external restructuring was being negotiated with creditors.

The programme has already been extended three times.

The Finance Ministry had previously extended the registration deadline for the Domestic Debt Exchange Programme to 30 December 2022 from the original 19 December 2022 and extended it further to 16 January 2023.

Indian Banks Said to Soon Use Face Recognition, Iris Scan for Some Transactions