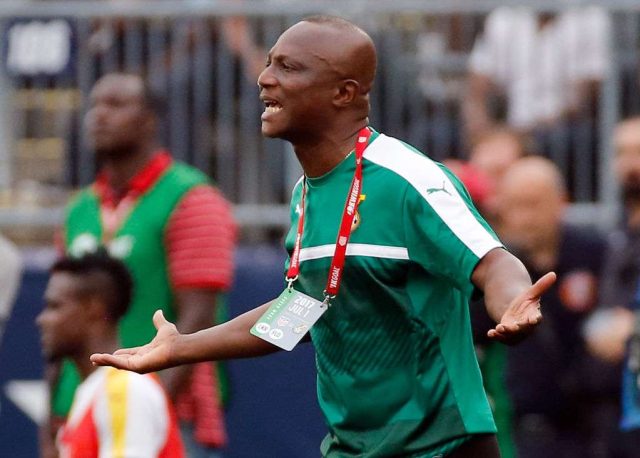 Kwesi Appiah has confirmed that he has applied for the job of Black Stars coach for the third time.

Appiah has twice led the Black Stars. He first coached Ghana from 2012 to 2014 and was in charge when the Black Stars competed in the World Cup in Brazil but was fired after the tournament.

He returned for a second stint in 2017, which also lasted two years, as his contract was not renewed by the football association after Ghana failed to impress at the 2019 Africa Cup of Nations in Egypt.

However, with Otto Addo’s departure, Appiah feels ready for a third stint and has officially applied for the vacant position.

“It is true [that I have applied for the job],” Appiah said on Kumasi-based Sompa FM.

“When I heard that the FA had come out to reveal that no Ghanaian was part of the numerous applicants, I felt that being a Ghanaian, I had to prove that I can do something. So it compelled me to add my application to that of the foreigners.”

Following Appiah’s departure, Charles Akonnor was appointed, followed by Milovan Rajevac for a second stint before Otto Addo led the team to Qatar for the World Cup.

Otto Addo resigned after Ghana were eliminated from the group stage, leaving the top position vacant.

Appiah is the first to admit he has applied for the job, but according to reports, Chris Hughton has applied and hopes to be appointed.

Microsoft Said to Invest $10 Billion Into OpenAI, Other Venture Firms