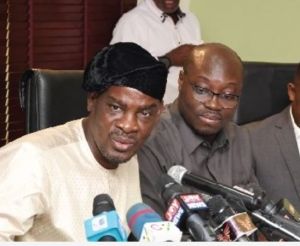 The National Democratic Congress (NDC) has changed the leadership of its caucus in parliament.

A letter to the Speaker of Parliament to that effect signed by General Secretary Fifi Kwetey announced Dr Cassiel Ato Forson as the new Minority Leader.

The statement said the “new leadership would be charged to recommend consequential changes in the Ranking membership to the headquarters of the party for approval”.