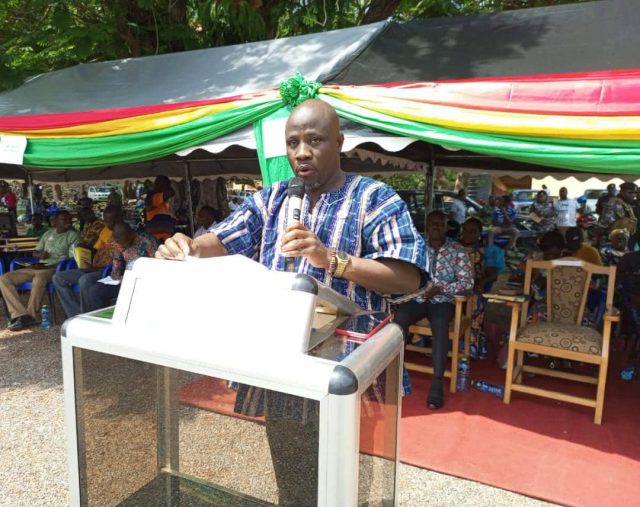 Mr Daniel Noble Awume, the Hohoe Municipal Chief Executive (MCE), has described as a political propaganda a publication on the ongoing Hohoe Market reconstruction with the caption: “Thank You NDC”, making rounds on social media.

In a statement copied to the Ghana News Agency, Mr Awume said the publication attributed the initiation and implementation of the Ghana Secondary Cities Support Programme (GSCSP) of which the Hohoe Municipal Assembly was a beneficiary, to the efforts of some National Democratic Congress (NDC) actors, who were in office during a particular period.

“The Hohoe Municipal Assembly finds it difficult to understand the rationale behind the publication, if not for the sake of cheap political propaganda,” it said.

The GSCSP commenced in 2018 for municipal assemblies that manage urban development in secondary cities, which provides incentives to improve their performance as city managers.

The statement said the programme was also meant for regional and national institutions to provide selected municipal assemblies with the support needed for effective urban management and service delivery.

The programme boundary of the eligible assemblies was determined based on a two-stage approach.

“The first state is to agree on a set of criteria, which must be met by an assembly before it becomes eligible to benefit from the programme,” it said.

“The second is to screen all the municipal assemblies using the same criteria and identify those that met all the said criteria.”

The statement said the criteria were municipal assemblies with a total population of 100,000 to 250,000 people, and at least 60 per cent urban population, and must not be within the Greater Accra Region or a metropolitan area.

It was instructive to note that the GSCSP was a programme being funded by the World Bank through a Loan Facility granted to the Government of Ghana and not as a reward for passing FOAT (Functional and Organizational Assessment Tool) through a World Bank assessment, it said.

The statement said the publication was false and a figment of the author’s imagination.

Gyakie, Chronixx, Ayra Starr, others to perform at ‘City Splash Fest’ in UK |...