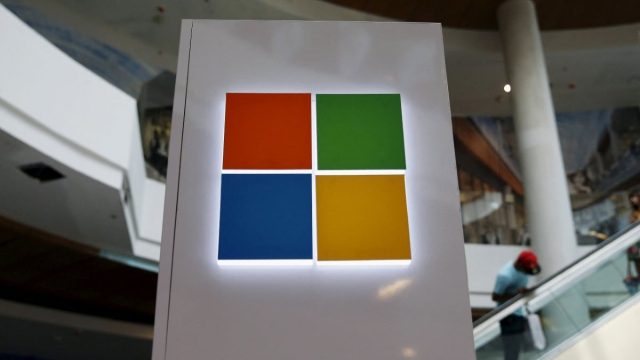 Microsoft on Tuesday said sales slowed and profits slumped in the last quarter of 2022 as a darkening economic outlook pushed it to lay off 10,000 workers.

The results however met, or in some segments exceeded, expectations and Microsoft’s share price was up by more than four percent in late trading after the results were announced.

Microsoft chief executive Satya Nadella last week said he was laying off about five percent of the company’s workforce, just days before pumping several billion dollars into OpenAI, the company behind the controversial chatbot ChatGPT.

The job cuts matched similar culls at other tech giants as companies reversed a major hiring spree during the pandemic when demand for tech products exploded.

Nadella has said that ChatGPT, and other artificial intelligence breakthroughs by the OpenAI research company, would be integrated into Microsoft products that include the Windows operating system, Office and the Bing search engine.

US and EU regulators are highly skeptical of the purchase and allege it would give an unfair advantage to Microsoft’s Xbox console over rivals like Sony’s PlayStation.

The group’s quarterly results were eagerly awaited by the market for the closer they offer at cloud computing, which is Microsoft’s biggest business and a bellwether for the larger economy.

The company’s “intelligent cloud” business, which brings together its servers and data analytics services, brought in $21.5 billion in the second quarter of its fiscal year, up 18 percent year-on-year.

The growth of its remote computing platform, Azure, slower than usual at 31 percent, carried the activity.

What Exactly Did Mahama Do For Volta Region? – Obed Asamoah Asks | Politics

Andrew Tate to appear in court later today – and is expected to ask...