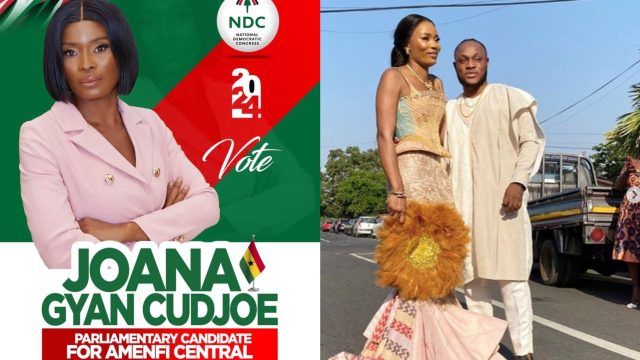 Wife of a popular musician has declared her intention to contest the parliamentary election of the opposition National Democratic Congress (NDC).

Joana Gyan Cudjoe, the wife of Andrew of the music group Keche, will be contesting the NDC parliamentary primaries of Amenfi Central in the Western Region.

The businesswoman posted flyers on her official Instagram page with the caption, “Vote for me please”.

Joana Gyan is the wife of popular Ghanaian musician, Keche Andrew. Joana is the founder and CEO of Golden Empire Legacy Limited.

On 10th April, Joana Gyan was the guest on Delay’s Show, revealed that she makes $65m monthly and $700m annually from gold export.

According to the online portal Ghpage, Joana is the founder of 15 companies.

In a 2020 interview with Delay, she revealed that she makes about 700 million dollars every year.