Leadership of Ghana’s Parliament was full of praise for President for his commitment to their welfare.

This was when he went to the precincts of Parliament earlier today to commission Parliament’s Physical Infrastructure Enhancement Project (PIEP) which comprises offices for newly constructed six-storey office complex (Job 600 annex) for to house the 23 Members of Parliament who did not get office space in the old Job 600 building.

Speaking at the commissioning Tuesday evening, speaker after speaker including Minority Leader, Haruna Iddrisu, Majority Leader, Osei-Kyei Mensah-Bonsu and Speaker of Parliament, Professor Aaron Mike Oquaye commended the President for his commitment growth and development of Parliament as an institution with various forms of support. 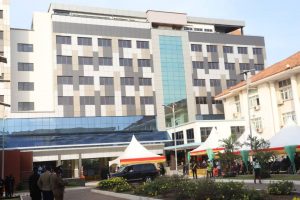 They commended him for demonstrating commitment for bridging the infrastructure gab of Parliament and providing a more secured environment for Parliament, its members and staff.

Speaker of Parliament, Professor Aaron Mike Oquaye said the edifice epitomises the relation between the Executive and the Legislature.
On his part, President Akufo-Addo said “it is a proud moment for me to be able to state that the entire project has been funded solely from Government of Ghana budgetary sources.” 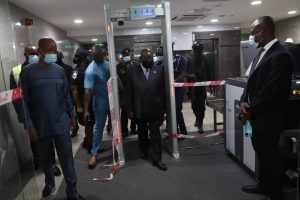 That, he said required that “we adequately resource Parliament with the requisite infrastructure and logistics to help it function effectively”, reason he said his government since its inception on January 7, 2017 has increased budgetary allocation to the house by 56.6 per cent and has committed itself to supporting the Parliamentary Service Board to initiate various projects neccesarily for the work of the legislature.

He however decried the poor maintenance culture in the country and charged leadership of the house to ensure regular maintenance of the facilities.

He pledged his commitment to the peace, progrees and prosperity of the nation, saying “all of us have a joint responsibility to work together with our different views and our different perspectives for the Ghana project; a united Ghana, governed according to the rule of law, respect for individual liberties, human rights and the principles of democratic accountability, a Ghana that meets fundamental requirements of social justice and solidarity.”

“We should all work to free ourselves from a mind-set of dependence, aid, charity and handouts and rather concentrate on mobilising Ghana’s own considerable resources to resolve Ghana’s problems”, he emphasised.

That, he said was because “itis a collective enterprise to which we should all commit ourselves in unity and in sincerity”

For him, he noted with emphasis “I have an unshakable faith in the boundless prospects of Ghana’s future and will work for it, the radius of the Black Star