President Akufo-Addo has asked residents of Sene East and West as well as Pru East and West in the Bono East Region to change their pattern of voting in the 2020 elections.

He feels years of voting for the National Democratic Congress in these four constituencies has not resulted in any significant change in the lives of the constituents.

The NDC won Sene East and West with 70 percent and 61 percent of the vote respectively in the 2016 election.

The opposition party also wone Pru East and West with 64 percent and 54 percent of the vote respectively in the 2016 polls.

Speaking after cutting sod for the commencement of construction of the 35-kilometre Atebubu-Kwame Danso-Kwame Krom in the Bono East Region, President Akufo-Addo said the voting pattern in these areas must change. 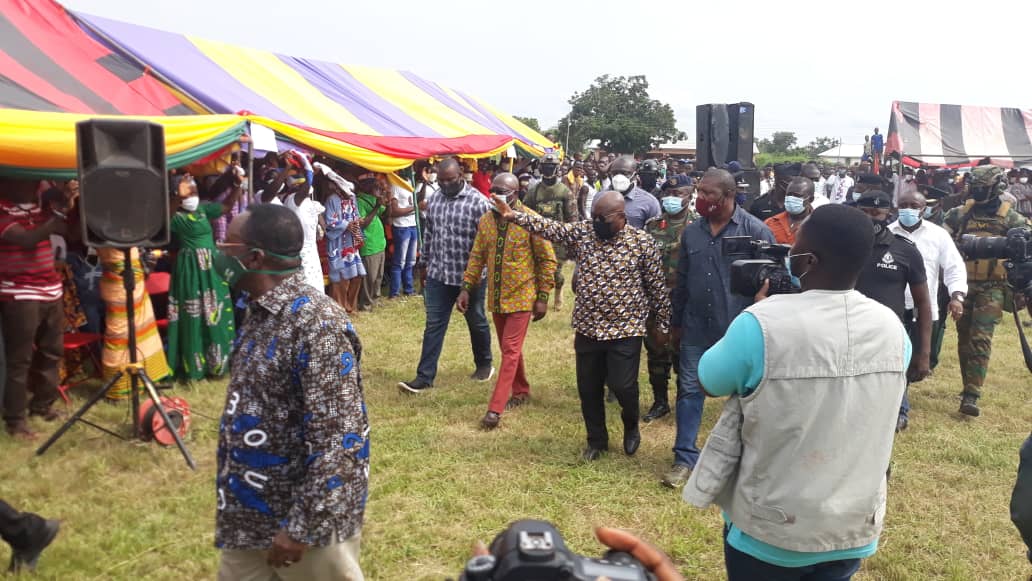 “You have voted one way [for the NDC] all this while, and you clearly haven’t benefited from it. You all have seen what we have been able to achieve within the three and a half years we have been in power. Vote differently this year. Vote the NPP into power.”

President Akufo-Addo further assured the electorate in these areas that they “would never change their minds again” if they gave the NPP a chance in the 2020 election.