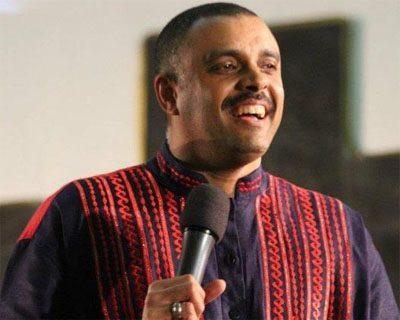 A statement signed by Apostle Professor Opoku Onyinah, Chairman of the Board of Trustees, said the issues were clarified when he (the Chairman) led a delegation on a visit to Bishop Dag Heward-Mills’ office on August 23, 2022.

It said the Board of Trustees also issued a letter dated October 15, 2022 acknowledging Bishop Dag Heward-Mills’ letter of resignation, adding that the Board was also duly informed of these clarifications at its October 10, 2022 meeting.

The statement said one of the key strengths of the National Cathedral Project was the Board of Trustees, made up of some of the key, pioneering leaders of the church in Ghana, and whose work on the project was contributing to improved inter-church relations in the country.

It added that “these church leaders, the Board of Trustees, have pioneered and/or led vibrant churches with global reach and impact.”

The statement said the churches and their leaders not only had deep-seated theological differences, but also different understanding and approaches to the development of the National Cathedral.

It said the challenge of such a group was that individual leaders, with a history of implementing their own organisational or denominational programmes and vision, had to be part of a collective decision-making process where their preferences might not always prevail.

The statement said specifically, this meant that no one leader can have all their preferences, methods, approaches accepted, adding that, in this changed and unfamiliar context, some would prefer to leave the Trusteeship.

It expressed gratitude to all the Trustees, including Bishop Dag Heward-Mills who voluntarily left the Trusteeship but remained committed to the vision of the National Cathedral and wanted to see it completed to God’s glory.

The statement said the National Cathedral was a partnership between the State and Church, and the roles of the state had been clearly specified in the partnership: appointment of the Architect, the Land, the Secretariat and Seed Money for the preparatory phase of the work.

It said the Architect and the Land—the site for the National Cathedral had already been selected by President Nana Addo Dankwa Akufo Addo before he appointed the Trustees.
“All Trustees were aware of this,” the statement said.

The statement said costing for the project, and the selection of the contractors for the project were led by the Project’s Lead Consultants, and a technical committee officially commissioned by the Board of Trustees, including seasoned Ghanaian professionals in the building and construction industry.

The statement said the Technical Committee reviewed all the proposals by the Lead Consultant, before recommending these for approval to the Board.

It said the integration of the Bible Museum and Biblical Gardens into the National Cathedral project, and the selection of the US consultant, Cary Summers, for the two projects, was approved by the Board of Trustees on December 10, 2019.

The statement said the extensive preparatory work done, including work on the construction site, were all documented and available.

The National Cathedral Project has been one of the controversial public issues since the project was first announced by President Akufo-Addo.

Aside the questions of accountability repeatedly raised by the Minority in Parliament, concerns have also been raised about the importance of the project, amidst the country’s economic downturn.

Amidst the plethora of issues, Bishop Dag Heward-Mills, Founder of the LightHouse Chapel International, resigned from the Cathedral’s Board of Trustee in August 2022, without an explanation.

However, about five months later, the Clergyman’s reasons for resigning from the Board have come to light.

In a letter addressed to Apostle Prof Opoku Onyinah, Chairman of the Board of Trustees, Bishop Heward-Mills noted that his unresolved concerns about the cost of the National Cathedral and other pertinent issues triggered his exit.
Another reason he gave was his role as a Board of Trustees member not being formalised even after six years of serving on the Board.

The preacher again expressed concerns about how some unseen hands were controlling affairs and how the sensitive issues of the Cathedral appeared to have been discussed outside of his knowledge, despite his availability.

Despite the above reasons, Bishop Dag Heward-Mills stated that he was still committed to the National Cathedral and would be available to help once his concerns were addressed.

“I would like to state clearly that if in the future, there is more clarity to my role and function in the building of the Cathedral, I remain open, available and willing to serve at the pleasure of the President and the nation.

Regardless of your response to my resignation and inputs, I remain a supporter of the National Cathedral project and will endeavour to be present to rejoice with the nation when this project is completed,” the letter said.

Teams and Outlook go down for thousands of Microsoft users | Science & Tech...