A leading member of the governing New Patriotic Party, Gabby Okyere-Darko has accused the opposition National Democratic Congress (NDC) of trying to use the death of former President Jerry John Rawlings to woo Ghanaians ahead of the December 7th general elections.

According to him, the NDC has failed in convincing Ghanaians to believe in their campaign message, a reason they are resorting to using the demise of their founder to win the sympathy of the electorate.

The NDC has blamed the Akufo-Addo-led government of cammandeering preparations of Mr. Rawlings funeral without regard to the party he founded.

They also alleged that the NPP prevented their flagbearer John Mahama from signing a book of condolence opened in memory of the NDC founder.

But speaking at the campaign launch of the Wa Central parliamentary candidate of the NPP, Hajia Humu Awudu, Mr. Gabby Okyere-Darko opined that the NDC humiliated and rejected their late founder when he was alive and therefore lack the moral turpitude to take center stage in his final funeral rites.

”His excellency was a hero. Unfortunately, his own party reduced him from a hero to zero. The party he founded with his wife, they reduced Jerry John Rawlings and his wife from heroes to zero. And now that he is dead, they want to use him to resurrect their dying campaign and they are calling him a hero”.

Mr. Otchere-Darko maintained that the NDC ought to have made peace with the former first family before his death.

Gabby charged residents of the Upper West Region not to risk their destinies in the December general elections by voting for the NDC. 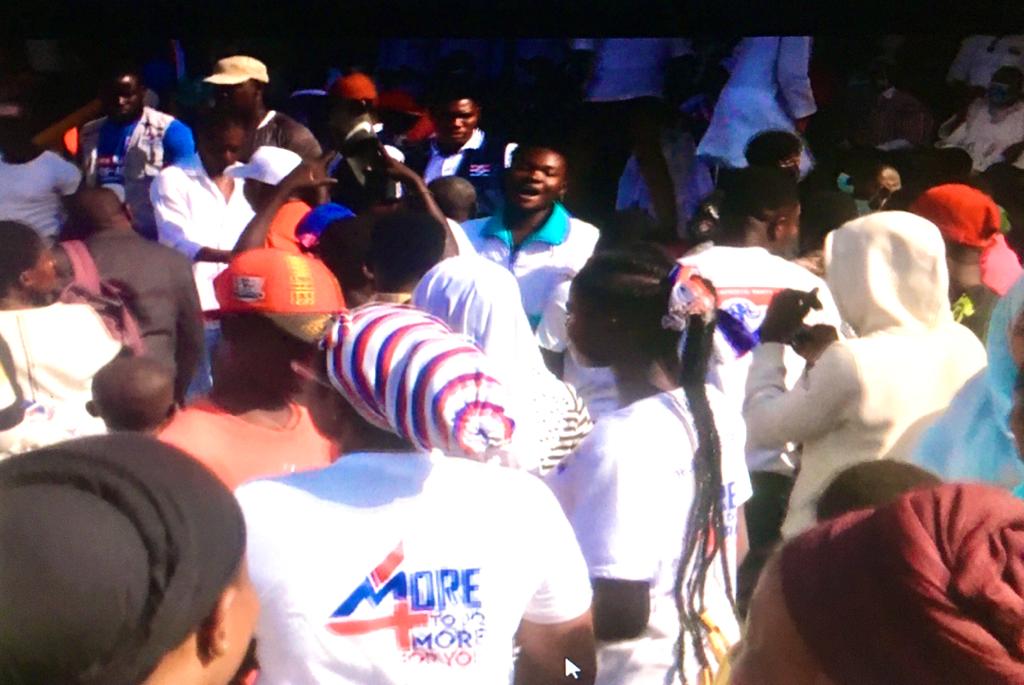 The campaign launch brought together leading NPP members from within and outside the Upper West Region.

Sad Time: Her Wedding Day Is Now Her Burial Date.

Watch how Kelvyn Boy thrilled audience with ‘Momo’ after serving them...