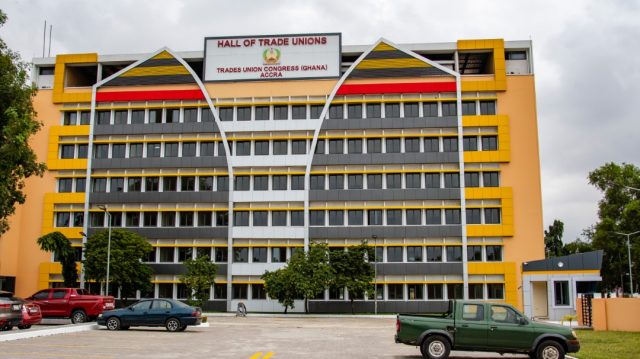 The recent 30 percent salary increase for public sector workers is a positive step, but that alone will not improve productivity in the country, according to Northern Regional Secretary of the Trade Union Congress (TUC) Felicia Kraja.

She claims that many government institutions, particularly at the Assembly level, lack the necessary resources and equipment to carry out their work – which has resulted in decreased industrial production.

“If you hear some workers’ salary compared to the current state of the economy with increases in rent, utility bills as well goods and services, you will realise that most of them live from hand to mouth. This compels most of them to engage in corruption or pilfering at the workplace just to make a living,” she said in an interview with the B&FT.

Additionally, Ms. Kraja pointed out that the lack of resources often leads to frustration among workers, with some using it as an excuse to be unproductive or not show up for work. She called on government to prioritise industrialisation and invest in it to increase productivity.

She was also critical of the overreliance on imported raw materials and products from other countries, rather than utilising the resources available in Ghana.

The Congress’s Northern Regional Secretary further urged government to invest in local industries and engage local experts to handle them, as a way to create job opportunities and reduce government spending on imported goods and services.

The TUC’s request for a 60 percent base pay-rise for civil servants was based on an assessment of the current state of the economy and the salaries of its members, she noted. Madam Kraja stated that while the current agreement is not enough, it will help to improve the welfare and living conditions of workers in the country.

An interview by the B&FT’s Northern Regional Reporter on the public view of public officials indicated that some government workers are perceived to be very lazy, and most of them do not go to work but rather stay at home and enjoy the monthly salary – especially those at the assembly level.

According to the public, only a few go to work and only about 10 percent of them do diligent work… with the rest either conversing or doing their own thing due to poor supervision. Some are even working with private firms and so place much emphasis on the ones which require strict supervision, they said.

A resident of Tamale, Joseph Ziem, called on government to take action against lazy workers and those using office equipment for personal use.

Is Rev Kusi Boateng Ataa Ayi? How Can You Invade His Privacy This Way?...

Efua out with ‘Catch A Vibe’ new single