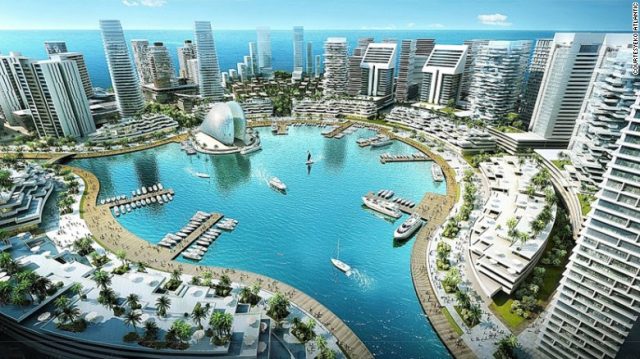 Rich nations can help stave off a debt crisis in Africa by allowing low-income countries to delay repayments, speed up the restructuring of liabilities for sovereign defaulters and reallocate International Monetary Fund reserves to countries in need, the African Development Bank has said.

Twenty-three African nations were either in or at a high risk of debt distress by the end of September, the Abidjan, Ivory Coast-based lender said in a report published Thursday. While risks are seen lingering as governments grapple with damage caused by the COVID-19 pandemic and economic shocks spurred by Russia’s invasion of Ukraine, “persistently tight” global financial conditions could heighten vulnerabilities, it said.

Even before the pandemic, several African countries were burdened by large budget deficits and high levels of debt – and didn’t have the fiscal firepower to stimulate their economies.

Last year, the strong dollar – supported by an aggressive monetary-policy tightening by the Federal Reserve – heightened risks for states that borrowed heavily in greenbacks, and effectively locked some out of capital markets. It also raised the cost of dollar-priced energy and food imports particularly in sub-Saharan Africa, where floods and droughts added to war-induced price pressures.

While African countries need to re-evaluate their debt-carrying capacity and channel resources into productive investments, global support is needed to lessen the risk of financial fragility, according to the AfDB – the continent’s biggest multilateral lender.

The Group of 20 most powerful economies should revive the Debt Service Suspension Initiative, a move that may allow African countries room to meet COVID-19 recovery costs – including a US$144.3billion bill for vaccines through 2022 – and help absorb shocks stemming from the war, it said.

Relief for countries that signed up under the G-20’s so-called Common Framework should also be accelerated and undertaken in a more transparent manner to create confidence for others.

Ghana – now in default and needing restructuring – didn’t take advantage of the DSSI when it was available. Governments feared participating in the programme would trigger credit-rating downgrades.

The West African nation was also reluctant to restructure its debt under the Common Framework that’s proving to be a long, drawn-out process. Out of three countries that applied, only Chad has a deal with creditors. Zambia is targetting an agreement this quarter, and a civil war interrupted talks in Ethiopia.

The G-20 has resisted previous calls to extend the DSSI, focusing instead on improving the Common Framework processes. World Bank President David Malpass and others have urged a debt standstill for country’s that apply to use the mechanism.

Fast-tracking the reallocation of IMF reserves to poor nations from the rich may also help close the continent’s funding shortfall, the AfDB said.

In 2021, the Washington-based lender allocated a record US$650billion of so-called Special Drawing Rights to mitigate the impact of COVID-19 on the global economy. African nations received only US$33billion, or as much as France and Italy combined, and less than half of what the US got – because allocations were based on predetermined quotas such as the size of economies.

The AAA-rated AfDB wants wealthy nations to channel their SDRs through it, so that it can account for the assets as equity and leverage them to fast-track development financing at concessional rates for African countries.

Continent-wide gross domestic product growth will probably stabilise at 4% over 2023-24, the lender said. That’s after slowing to an estimated 3.8% in 2022 from 4.8% a year earlier, it said.

Microsoft Said to Invest $10 Billion Into OpenAI, Other Venture Firms