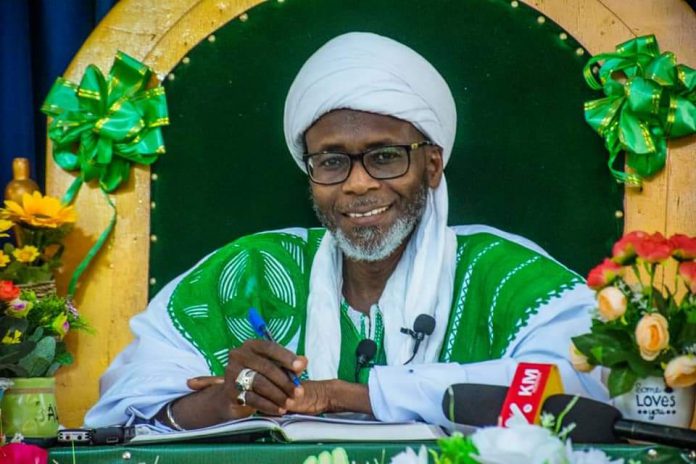 Shehu Dalhu has admonished Ghanaians to rally behind the Vice President, Dr. Mahamadu Bawumia as the leader of the New Patriotic Party (NPP) and subsequently, the next president of Ghana.

Shehu Dalhu was speaking during the final funeral rights of Alhaji Karim, former chief Imam of Linguinsi a community in the North East Region.

He said his call was not only base on the fact that Dr. Bawumia is the Vice President who hails from Manpurugu, but because he is competent, hardworking and humble.

According to him Bawumia remains the pride of the North and for that matter, he deserves to be supported to rise to that position where he can continue to bring development to the people of the North.

He said he knows Bawumia very well and trusts he can send Mamprugu and Ghana to the dreamland.

He also averred that Bawumia doesn’t discriminate and has a good relationship with both Muslims and Christians sects.

He also averred that, as a Muslim leader he would prefer a leader who is passionate about towards humanity and Dr. Bawumi’s charisma cuts accross all the accolades a true leader must possess.

“He is God fearing, competent and has a passion for humanity. These are all evident in his, works as the Vice President of this great nation,” he said.

“Religion without humanity is like a body without a soul,” he said.

He called on the people to eschew violence and issue that have the tendency of destroying the society.

He called on all citizens to be each other’s keeper and reiterated the need for peaceful conscience especially among religious denominations and also on political parties.

After my 18th birthday, whatever I touch become gold – Kuami...

Teacher canes student to death for getting maths question wrong

A couple who have been dating since 1999 finally agree to...

I Will Release A Video For Every Song On The Lighthouse...

‘We don’t believe in lockdown any longer’ – Health Minister discloses...