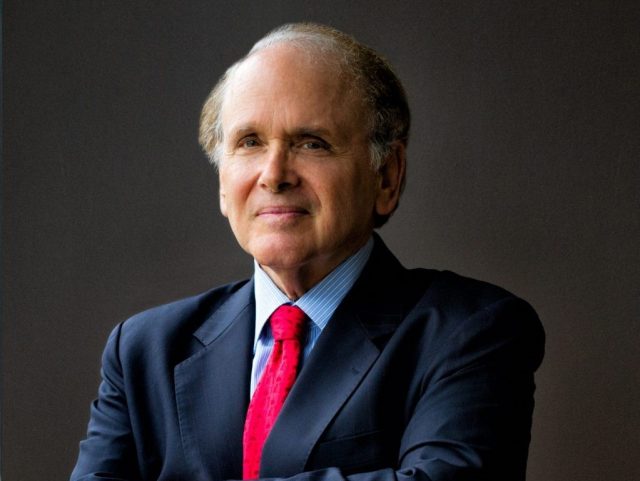 The “energy transition” from hydrocarbons to renewables and electrification is at the forefront of policy debates nowadays. But the last 18 months have shown this undertaking to be more challenging and complex than one would think just from studying the graphs that appear in many scenarios. Even in the United States and Europe, which have adopted massive initiatives (such as the Inflation Reduction Act and RePowerEU) to move things along, the development, deployment, and scaling up of the new technologies on which the transition ultimately depends will be determined only over time.

The term “energy transition” suggests that we are simply taking one more step in the journey that began centuries ago with the Industrial Revolution. But in examining previous energy transitions for my book The New Map, I was struck by how different this one is. Whereas technology and economic advantage drove earlier transitions, public policy is now the most important factor.

Moreover, previous energy transitions unfolded over the course of a century or more, and they did not wholly displace the incumbent technologies. Oil overtook coal as the world’s top energy source in the 1960s, yet we now use three times more coal than we did back then, with global consumption hitting a record high in 2022.

By contrast, today’s transition is intended to unfold in little more than a quarter-century and not be additive. Given the scale of what is envisioned, some worry that macroeconomic analysis has been given insufficient attention in the policy-planning process. In a 2021 paper for the Peterson Institute for International Economics, the French economist Jean Pisani-Ferry notes that moving too rapidly to net-zero emissions could precipitate “an adverse supply shock – very much like the shocks of the 1970s.” He warns that a precipitous transition “is unlikely to be benign and policymakers should get ready for tough choices.”

Developments since energy markets began to tighten in the late summer of 2021 point to four big challenges to watch out for. First, owing largely to the disruptions caused by Russia’s war in Ukraine, energy security has become a top priority again. For the most part, keeping the lights on and factories operating still requires hydrocarbons, so energy security means ensuring adequate and reasonably priced supplies and insulation from geopolitical risk and economic hardship.

Even with climate change remaining a central focus, US President Joe Biden administration’s has urged domestic companies to increase their oil production and released supplies from the Strategic Petroleum Reserve at a far greater scale than any previous administration. In Germany, the Greens in the governing coalition have spearheaded the development of the country’s capacity to import liquefied natural gas, with the first deliveries of LNG from the US arriving this month through infrastructure built in less than 200 days. Energy security is not something that is going to be assumed away in the years ahead.

The second challenge concerns scale. Today’s $100 trillion world economy depends on hydrocarbons for over 80% of its energy, and nothing as massive and complex as the global energy system can be transformed easily. In an important new book, How The World Really Works, noted energy scholar Vaclav Smil argues that the four essential “pillars of modern civilization” are cement, steel, plastics, and ammonia (for fertilizer), each of which is heavily dependent on the existing energy system.

Given these starting conditions, will solutions like veganism help? Smil points out that five tablespoons of petroleum are embodied in the system that gets a single tomato from cultivation in Spain (including the required fertilizer) to a dinner table in London. Yes, energy efficiency could be improved. But the main effects will show up in developed countries, rather than in the developing world, where 80% of all people live, and where rising incomes will drive up energy demand.

That points to the third challenge: the new North-South divide. In the Global North – primarily Western Europe and North America – climate change is at the top of the policy agenda. But in the Global South, that priority coexists with other critical priorities, such as boosting economic growth, reducing poverty, and improving health by targeting indoor air pollution from burning wood and waste. Hence, for many in the developing world, “energy transition” means moving from wood and waste to liquefied petroleum gas.

This divide was vividly illustrated last year when the European Parliament passed a resolution denouncing a proposed oil pipeline running from Uganda through Tanzania to the Indian Ocean. MEPs objected that the project would adversely affect the climate, the environment, and “human rights.” Yet they cast their votes from a body located in France and Belgium, where per capita income (in current dollars) is, respectively, 50 times and 60 times greater than in Uganda, where the pipeline is seen as a foundation for economic development. The resolution provoked a furious reaction. The deputy speaker of Uganda’s parliament denounced the Europeans for exhibiting “the highest level of neocolonialism and imperialism against the sovereignty of Uganda and Tanzania.”

The fourth challenge concerns the material requirements of the energy transition. I see this as the shift from “Big Oil” to “Big Shovels” – that is, from drilling for oil and gas to mining the minerals for which demand will increase enormously in a world that becomes more electrified.

In a new S&P study, The Future of Copper, we calculate that the supply of “the metal of electrification” will have to double to support the world’s 2050 climate objectives. Recently, a host of authorities – including the US and Japanese governments, the European Union, the World Bank, the International Monetary Fund, and the International Energy Agency – have all published alarming reports about the expected exponential growth in demand for minerals such as lithium and cobalt.

But alarm itself will not open major new mines, a process estimated to take 16-25 years and which faces ever-more complex permitting requirements around the world. In some key resource countries, governments are openly hostile to mining.

So, while the direction of the energy transition is clear, policymakers and the public must recognize the challenges that it entails. A deeper and more realistic understanding of the complex issues that need to be addressed is essential as the effort to achieve the transition’s goals proceeds.

Daniel Yergin, Vice Chairman of S&P Global, is the author of The New Map: Energy, Climate, and the Clash of Nations (Penguin, 2021).