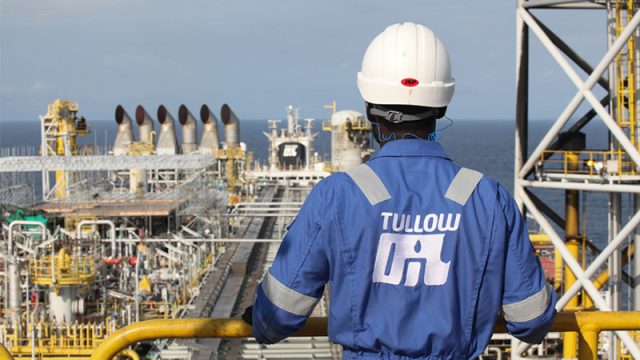 Oil exploration and production firm, Tullow is challenging the Ghana Revenue Authority over $300 million advanced tax imposed on the company by the authority for its 2023 operations.

Tullow is also raising issues on a similar assessment conducted in 2022, after a review by the GRA.

These concerns were captured in Tullow Oil’s January Trading Statement and Operational Update released on January 25, 2023.

According to Tullow Oil, “these assessments are without merit”.

It, however, added that it will continue to actively engage the Government of Ghana to resolve the disputes on a mutually acceptable basis.

Tullow to invest $300m in Ghana

Tullow Oil has also disclosed that it is working to invest more than 70% of the group’s capital investments in Ghana in 2023.

Majority of the funds will be directed towards infrastructure development.

“Our capital investment this year, in particular in Ghana, is expected to support production growth through to 2025 and material free cash flow generation”, he added.

The additional equity in the Jubilee and TEN fields acquired through the pre-emption transaction in Ghana for $126 million has already paid back by December 31, 2022.

Free cash flow for the full year 2022 is expected to be $267 million, ahead of guidance, with lower oil prices towards the end of the year offset by continued focus on cost control and deferrals of decommissioning costs and capital expenditure.

The company announced that it expects daily production from the Jubilee Oilfield to exceed 100,000 barrels a day in 2023.

This will be influenced by new wells drilled in the Southeast of the field that will be brought on stream.

The operational update report showed that, Production from the Jubilee field averaged 83.6 kbopd in 2022.

Two wells were drilled in the Jubilee South East area in the second half of 2022 and a third well is currently being drilled.

The company said primary target reservoir results are in line with expectations with some deeper reservoirs also penetrated that have encountered additional resources for future potential development.

“These wells will commence production in the second half of the year after the installation and tie-in to the Jubilee South East Project subsea infrastructure, scheduled for the middle of the year, in line with the initial project schedule”.

First oil from the Jubilee South East project will be a significant milestone, bringing previously undeveloped reserves to production.

Tullow noted that this project is being delivered on budget despite the inflationary environment and challenges associated with COVID-19 during 2020-22, highlighting Tullow’s project management strengths and ability to integrate deliverables across a global team.

Production from the TEN fields average 23.6,000 barrels per day in 2022. Tullow Oil describes this as a good operational performance in terms of the production target.

No new wells were brought online during the year under review, but pressure support from gas and water injection resulted in steady production.

I didn’t mean to be disrespectful with Jubilee House video – Meek Mill responds...