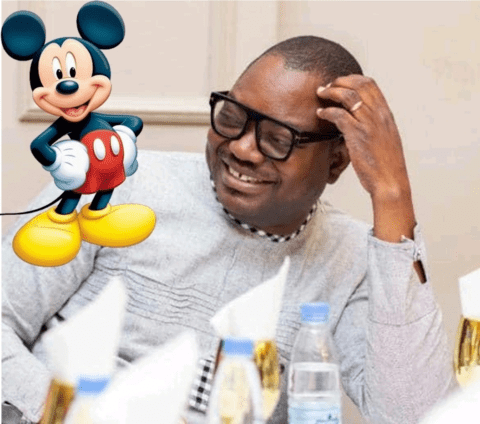 Have you realized that no matter how small a bird is, you cannot eat it with its feathers? Let us be careful what we say and do in the presence of our children. They learn from the things we say and do in their presence faster than what we consciously teach them. If you insult a driver on the road for whatever reason in the presence of your children, next time, they would do it on your behalf!

‘If you quit, it hurts; if you continue, it hurts. Choose the latter so long as it is not becoming abusive’. These were the words of an elderly man who divorced 3 times when sharing his story with me some time back. This year, if you are somebody contemplating divorce, abeg you, please don’t. According to him, he was full of regret and anytime I asked him why, he would simply admit that even though he initiated the processes of divorce and ‘won’, he still felt defeated and on the 3 occasions! Remember your children and that ‘wicked step uncle’ before you think that in marriage 2 plus 2 is supposed to be 4! Never! It is actually…in fact, the answer can be anything but certainly not 4! God help married people to understand that marriage is God’s own institution and not the plenty MBAs that almost everyone has and wanting to apply the principles in marriage!

It is weekend again and some of us may want to visit the night club. When you go and see somebody dancing and after every single step he takes, he claps his hands, it is not bcos he is such a good dancer or enjoying the song playing or clapping for Jesus o; it is bcos he is now learning how to dance. I don’t know who taught new dancers that the best way to learn how to dance is by clapping one’s own hands. Greetings o, Bra Kwame Lexys B, the internationally acclaimed ‘opposite best dancer’ of the world. Nana Odi Asa, the Oneth can dance to Buga by going ‘go low low low’ from the top before coming down when it is time to raise the shoulders the buga way!’ Wofa Kwame, I have just finished telling people about my own experience and your world records oo. Hahahaha! It’s Fridayyyy lets have some reading fun.

The Whatsapp messages have started flooding my phone: ‘I am broke oo’. On January 43rd, you are broke, Funkay? So weytin you want make I do? I should break too? Let’s wait till January 84th!

You remember in 2018, they say we should kill any stray dog we see in and around the Keta municipality? That directive from the Keta Municipal Health Directorate was extended to cover stray cats too. Kw33333! Keta jom this Hogbetsotso paa o! Pussy cat meat was in abundance! I will leave Accra again this evening and join my brothers in Kedzi where those male cats have been hiding or taking to their heels anytime they see us in town. As for pussy cats whether they stray or not, we would chase them from their hiding places on to the streets so that they too become ‘stray’ and then we finish them even though the directive only says pussy cats should be vaccinated but as to whether to kill them or not, I don’t think the statement said so bcos killing pussy cats for soup is in our DNA. This would help reduce rabies infections even though…hahaaaa! As for gaegogi (i.e, the Korean name for dog meat), we won’t go there. We would just kill these possibly rabied ‘Canis lupus familiaris’ and bury them, Ei talk of Korea, that popular car, is it pronounced ‘Hmm-die’ or ‘High-oon-day’? By popular knowledge, it is pronounced ‘Hmm-die’ and on English focused radio stations, they say ‘High-oon-day’. We’ve been calling this car ‘Hmm-die’ ‘Hmm-die’ for many years and nobody complained. Why now? ‘High oon’ what or Hmmm what? Abeg! Whether we like it or not it is still ‘Hmm-die’! na in no dey consume plenty fuel!

On a more serious note, if the directive to clear stray dogs to include pussy cats off the streets of Keta for the reasons given, then it is in very good order and I would support an extension of this directive to all other parts of the country. Nothing can be more painful than losing someone especially a child to rabies. I still remember Godswill, the 14-year old son of a poor gari and beans seller at Kokrobite who died from rabies while preparing for his BECE in 2014. He would have finished university by now. Brilliant chap…gone just like that because of a bite from a rabied dog!

Some decades ago there used to be the ‘Anti-Rabies Campaign’ and it helped in people CONSCIOUSLY vaccinating their dogs but now…! Dogs, like human beings cannot be predicted; today they are fine; tomorrow they get infected and change their mood.

Left with me alone, no stray dog should be allowed in town anywhere. I can conjecture from what the experts say, that chances of surviving a rabied dog bite is less than 1%! I stand to be corrected though. Anyway, the juiciest part of the directive is the extension to pussy cats too. It makes my heart sweet me; In fact, the pussy cats themselves are happy that the dogs are being ‘chased away’! I would be in Keta on Saturday p33333 and see the state of affairs since that directive. ‘Killing pussy cats for akple and soups’, hahahaaaaa! My only problem is that if it happens that a pussy cat is rabied, would the soup be safe for consumption?

Sir Jones, please if this is the first time you are reading this column, please be informed that you are making a mistake o bcos everything here is ‘useless’; no substance! Everything is abstract; nothing organized here o. So so lies nkoaaaa! Hahaha!

In the pussy cat stock market, shares can go up or down depending on how the market behaves on the health of the pussy cats. A healthy male cat (Joseph) goes for GHC90. If it is a female cat (Josephine), it costs GHC90 depending on their marital status. If it is single, please you can’t use it to prepare pepper soup. If it is widowed, consideration is given to the deceased husband (Joseph) for leaving his poor wife behind and she may not be killed, at least not immediately but it will happen. Glaucoma infested cats are free of charge.

You remember Dr. Agbenyega who was living in a 6-floor flat with Dr Boachie? Dr Boachie who had a black and white cat also lived there. In fact, it was a block of medical doctors of different tribes. Dr Boachie was on the first floor of the six storey flat. Dr Boachie’s cat got missing and he started looking for it. He ignored the occupants of the second, third, forth and fifth floors and climbed the storey building from his first floor straight to Dr Agbenyegah who was on the sixth floor. In fact, he confronted Dr Agbenyega instead of being polite in just asking if he had seen his (Dr Boachie’s pussy cat). Can you blame Dr Boachie? Bcos upon reaching Dr Agbenyega’s room, he could smell light soup on fire emanating from the kitchen.

Dr Agbenyega in his reaction, politely asked whether he (Dr Boachie) had checked from all the floors before the sixth floor, Dr Boachie retorted: ‘why should I waste my time knowing you are the only Nyebro on this block’! That matter is still in court! Dr Agbenyega is my uncle and I know him when it comes to pussy cat meat!

Please enjoy your weekend and have some ‘rest’ and watch movies, if possible in a movie house. Wey kan movies? Who really watches movies in a movie house! You remember the day I met that my pastor like that in a movie house. We both pretended we didn’t see each other till I went closer to greet him and asked what movie he was coming to watch. He only said ‘God bless you’ and walked away fast fast because he was not alone. I reckon he was coming to watch Jesus film with the lady! The day Jesus would come er…I pray He gets at least 10 people for heaven.

Please on our own, let us go and vaccinate our dogs o, or chain them in a cage.

However sweet pussy cat meat and whatever you may be thinking, not everything ‘pussy cat’ is free of infection; so is a dog…like me! If you want to eat any other pussy cat meat this weekend, eat it with the fur because it is not only rabies that can get one infected; HIV is still there…still!