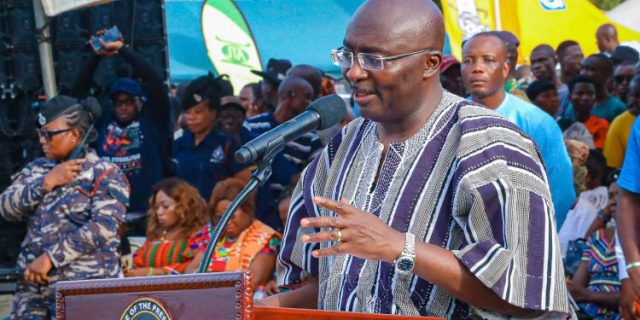 Vice President Dr Mahamudu Bawumia has urged Ghanaians, especially Muslims to be each other’s keeper as they embark on this short journey called life to their Maker.

The Vice President made the call at the seventh day Dua (special prayers) for the late Chief Alhaji Issahaku Osman Chackson, the Chief of Mamprusi Community, Greater Accra Region.

Dr Bawumia said one could be called to the maker at any time and as such Ghanaians must eschew envy as it would not take them anywhere.

The Vice President, eulogising the late Alhaji Chackson, described him as one who showed love to everyone irrespective of their background.

“He was a good and kind man and we pray that Allah grants him Jannatul Firdaus (Paradise),” he stated.

Alhaji Chackson, who died on January 16, 2023, was the Chief of the Mamprusi Community, Greater Accra Region, a board member of the Zongo Development Fund and also a member of the Council of Zongo Chiefs.

He died at age 73 and was survived by two wives and eight children.

Dignitaries at the event included Ministers of State, Mamprusi chiefs from all the regions, queen mothers

Find Out About Her Relationships Over Time – Hollywood Life