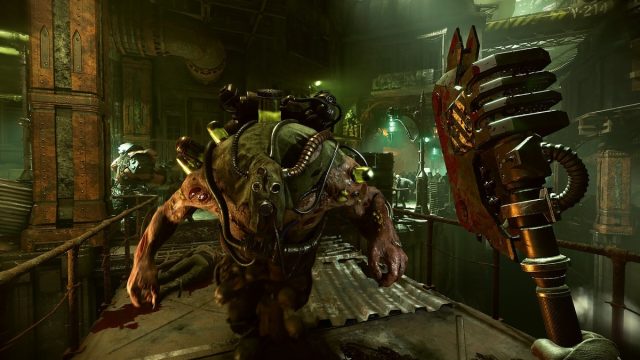 Warhammer 40,000: Darktide is delaying its console release indefinitely to solely focus on fixing issues on the PC version. The game was supposed to drop on Xbox Series S/X shortly after the PC launch in November, but offered no release information prior to this announcement. As a result, developer Fatshark has also decided to delay the promised seasonal content rollout for the game, and address feedback in terms of building a “complete” crafting system, a rewarding progression loop, and optimising performance on PC. While console players might be a little bummed out by this announcement, judging by Warhammer 40,000: Darktide’s general mixed reception on Steam, this seems like the right move.

“We take enormous pride in our ability at Fatshark to deliver a game that millions can enjoy. This was what we set out to do with Warhammer 40,000: Darktide — to create a highly engaging and stable game with a level of depth that keeps you playing for weeks, not hours,” the open letter from Fatshark CEO and co-founder, Martin Wahlund reads. “We fell short of meeting those expectations.” In addition to delaying the Xbox Series S/X version, the developer will suspend the upcoming release of any premium cosmetics, diverting focus solely towards polishing the game. The developer claims that it couldn’t continue down the path of releasing new content, without having addressed the mounting player concerns.

Released in late November, Warhammer 40K Darktide seemed destined for success, thanks to its visceral combat and highly detailed environments. Borrowing the four-player co-op formula from its past fantasy-based entries Warhammer: Vermintide 1 and Vermintide 2, it almost felt like a no-brainer to add 40K’s gunplay into the mix to yield better results. In it, players are thrown into the ruthless hive city of Tertium to face off against bloodthirsty enemies — a heretical cult called the Admonition, who seeks to seize control of the planet Atoma Prime. Customisation is subdivided into class, appearance, and gender, with an added focus on the crafting system. Unfortunately, the latter gave an incomplete impression, which as stated above, Fatshark intends to resolve.

Warhammer 40,000: Darktide is available to play on PC via Steam and PC Game Pass. As mentioned above, the Xbox Series S/X version has been delayed indefinitely.

Alireza Akbari: Nephew speaks of anguish at execution of British-Iranian national – ‘I do...