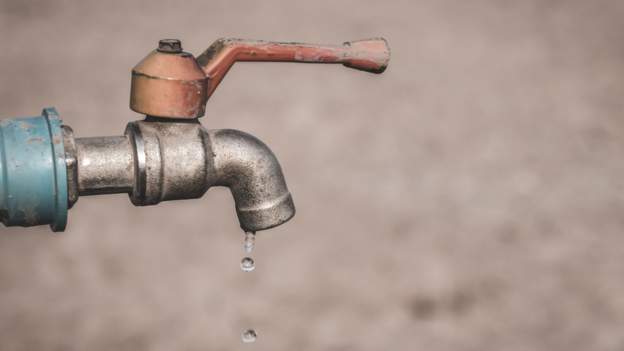 The price of water increased by a massive 94.2% in December 2022 from the previous year. This indicates a record high with water being the food inflation component with the highest inflation.

This was revealed in a press release by the Ghana Statistical Service dated January 11, 2023. In the release, the general year-on-year inflation was 54.1%. Food inflation alone was 59.7% while non-food inflation was 49.9%.

Water inflation figures have been very high in 2022 with average year-on-year inflation of 49.2% with the four consecutive months of September, October, November, and December recording 58.9%, 64.3%, 93.2% and 94.2% respectively. This is a significant deviation from the 2021 average water inflation of about 0.35%.

The National Association of Sachet and Packaged Water Producers (NASPAWAP) recommended that one iced sachet water (pure water) should be retailed at 60 pesewas effective Monday, October 31, 2022. This was the second time in consecutive months that the retail price had been increased by NASPAWAP.

Additionally, a bag of sachet water – containing 30 500ml sachets – which was being sold by retail trucks at GH¢7 in September was sold at GH¢10 in October. The retail price at mini shops which was GH¢9 increased to between GH¢12 and GH¢15 depending on the location of the shop.

The NASPAWAP attributed the increase in water prices to the combination of severe depreciation of the cedi, increment in fuel prices, and inflation.

Meanwhile, sachet water is the main source of drinking water in Ghana.

The Galamsey menace and the water inflation

The Ghana Water Company Limited (GWCL) has over the years complained of the increasing cost of treating water and the regular repair and replacement of damaged equipment following rising turbidity levels of water bodies due to illegal mining activities.

In October 2022, the GWCL indicated that the cost of producing water had increased tenfold as a result of illegal mining activities, hence Management resolved to pass the cost to the consumer.

In an interview with Blessed Sogah on The Pulse on Tuesday, October 11, 2022, the Managing Director of the company, Clifford Braimah, noted that after a recent tour with the Minister for Sanitation and Water Resources, Cecilia Abena Dapaah to some mining communities in the Ashanti Region to assess the state of water bodies, it was evident that all stakeholders had the responsibility to join forces to chase out “galamseyers”.

According to him, if the quality of the water improves when the galamsey fight is successful, costs will reduce and tariffs will come down. “…for the ones that you can control, the self-inflicted ones, for me as the Managing Director the cost must be passed on”, he added.

Meanwhile, the Minister of Sanitation and Water Resources, Mrs. Cecilia Abena Dapaah has also indicated that 90% of sachet and bottled water is packaged from water produced by the GWCL and that only a few producers use wells and springs.

Jeremy Renner was trying to save nephew when he was crushed by snowplow: report...

CHAN 2022: No wins for Ghana in second group stage games