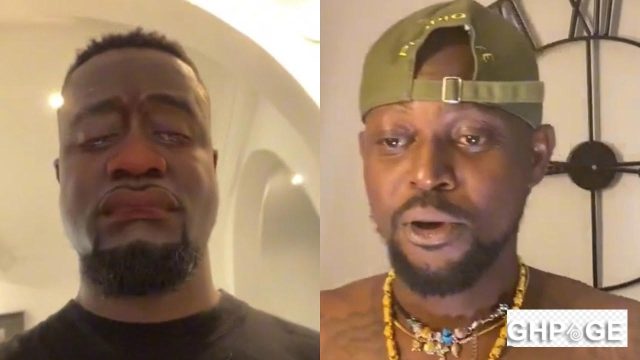 There’s a new wave of beef cooking and netizens are already in the queue with their bowls to be served with some hot beef when it’s done.

What is music without beef? That’s not possible. We need the beef to keep it lively and heated up.

The latest beef that has caused a frenzy on social media is between Pepper Mouth rap legend Yaa Pono and Landlord Sarkodie.

Not long ago, news broke about the Sarkodie – Bob Marley feature. This development got Ghanaians excited, they described this collabo as a big feat for Ghana and Sarkodie.

Following this, some musicians have also come up with divergent thoughts about the feature, attacking the multiple award-winning Rap artist.

Shatta Wale ranted that Sarkodie has featured a Ghost and thus is not anything worth much of an achievement that needs to be marked.

In the heat of events, Yaa Pono has dropped a hot song that has caused an uproar on social media.

Netizens think the song is targeted at Sarkodie because the lyrics punch and some lines in the lyrics direct to the Landlord.

LISTEN UP – YAA PONO Is a BEAST!

Will Sarkodie reply to this? Watch the space. Like how he ‘destroyed’ Nasty C with a reply song – LandLord, Sarkodie will come out hard.

CHAN 2022: We are not in Algeria to joke – Black Galaxies coach