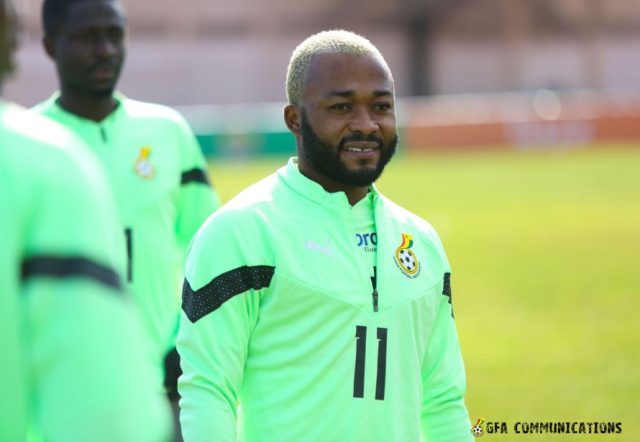 Black Galaxies have received an injury boost with the availability of captain Gladson Awako for their quarter-final match.

The midfielder has been declared fit and should play in Saturday’s match against Niger or Cameroon.

Awako was injured prior to the start of the tournament in Algeria. He did, however, recover in time for the Black Galaxies’ first game against Madagascar only to pick up another injury.

Awako was forced to miss Ghana’s second game against Sudan, which they won 3-1 to secure qualification.

The 31-year-old has now been cleared to return to group training in preparation for the knockout game.

Ghana finished second in the group and will face the winner of Group E in the quarter-finals at the Miloud Hadefi Stadium in Oran next Saturday.

The group winner will be decided today when Cameroon play Niger. A draw will be enough for Cameroon, while Niger must win.