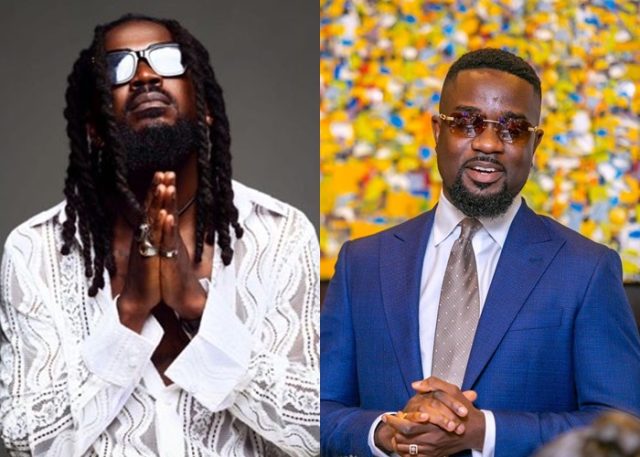 Responding to a tweet from a fan, Samini said he would never again request for a feature from Sarkodie and that he is ‘fake’.

According to Samini, Sarkodie’s delay in delivering a verse for him destroyed the plans for his ‘Burning EP’.

He tweeted,”he did it to me on Burning EP“, referring to a promised feature that never materialized.

Samini said this is not the first time it’s happened, because Sarkodie doesn’t like returning favours.

Not sure I’ll need a verse from sark but if he ever does need one I’m not interested and that’s facts. He knows this himself. 😂😂😂. )y3 Alo sometimes and I don’t play that. Yes or no be problem for am so e go slow you and your project go dull …, he did it to me on burning EP https://t.co/x0pAKrvc7h

The “Burning EP” was released in 2021 and featured Ghanaian singer, Kofi Kinaata, Medikal and Efya.

Sarkodie has yet to publicly comment on the matter, but fans of both artists have expressed disappointment at the missed opportunity for the two Ghanaian music heavyweights to collaborate.