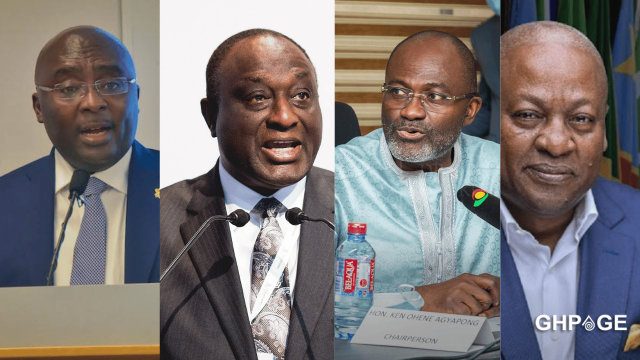 Assin Central MP, Kennedy Ohene Agyapong has emerged as a contender for the NPP’s flagbearer contest ahead of Ghana’s next presidential elections.

Speaking in an interview with Suncity Radio, Kennedy Agyapong who recently announced his decision to contest the NPP race said he would have no issue beating Alan Kyeremateng and Dr Bawumia.

He emphasized that he will equally beat former President John Dramani Mahama, who is tipped to be the candidate for the opposition National Democratic Congress in 2024.

For Dr Bawumia, the Assin North MP, said recent developments which have affected Ghana’s economy have made him unpopular and that it would be a risk for the NPP to put him up for a presidential contest.

According to Kennedy Agyapong, there is no better candidate for the NPP flagbearer than himself, as his contributions over the years to the party have been unmatched. This, he said, is beside the fact that he was a founding member of the NPP.

The MP affirmed that he remains committed to attaining the presidency and that his tenure will see the creation of more employment opportunities and development for the country.

Stonebwoy Readies New Single ‘More Of You,’ Scheduled For Release On February 3rd

Women fight over sharing of jollof rice at wedding

Polar bear kills woman and boy in a remote village in Alaska | World...

CIB designs an Executive Route as a flexible and accelerated ACIB...