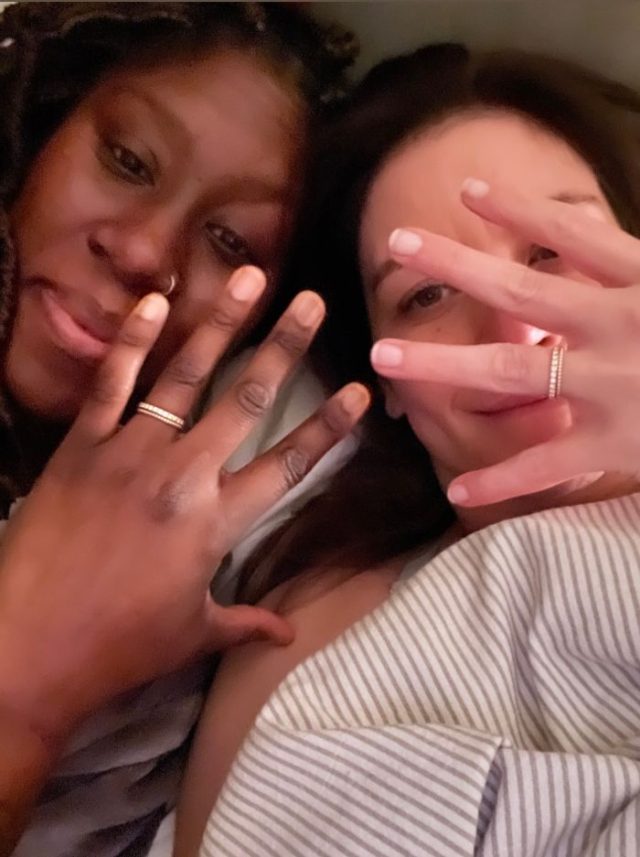 The duo got married the night of Friday, January 20th 2023 in Wales.

Fisher took to social media to post a photo of the ceremony along with the caption: “Got married at 3, in bed by 10! A perfect start to married life with my perfect person” followed by two heart-related emojis.

READ ALSO: She Is Outspoken Like Her Mother – Baby Maxin Scolds Aunty Who Bit Her Finger

She added a photo of herself in bed with Asante, flaunting their rings.

Asante quote-tweeted the post with the caption: “2023 starting off the best way possible” followed by the heart-eye emoji.

Asante and Fisher have been in an openly lesbian relationship since at least 2019 when they were first publicly announced as a couple.

Anita Amma Ankyewah Asante, according to Wikipedia, “is an English football coach and former defender or midfielder who is the first-team coach at Bristol City. Asante is of Ghanaian descent.”

Anita Asante played for Chelsea, Arsenal and Aston Villa during her storied career spanning two decades and won an impressive 75 caps for England.

READ ALSO: My Father Is A Good Man, He Wants My Good – Daniel Duncan Williams Makes U-Turn As He Apologises To His Father

She is currently the first-team coach for Bristol City.

Big Tech Is Firing Employees by the Thousands. Why? and How Worried Should We...

Google Chrome Tipped to Bring a Toggle to Disable All Unwanted Extensions on a...