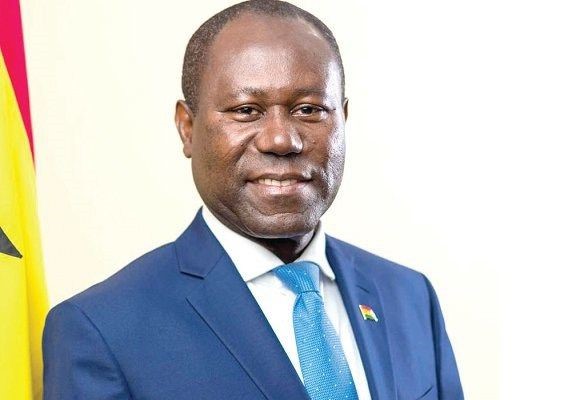 Ghana Cocoa Board (COCOBOD) has defaulted on payments of its matured 182-day bill for the first time, rolling over outstanding securities of GH¢940.4million, albeit without investors consent.

The development led to confusion and concern for investors expecting payments to be made on these securities. According to market information, the outstanding payments were made to investors who were credited but later had the credit reversed and automatically rolled over without their consent.

This sudden default has raised many questions among investors, as they now have to decide whether to sell their securities to willing investors or seek legal redress.

Fred Duvor, Managing Director (MD) of Apakan Securities, said in an interview with the B&FT that COCOBOD has an obligation to buyers of the cocoa bills, which were for a fixed tenure, but they seem to have altered the terms without the consent of the clients. This move has left many clients feeling frustrated and uncertain about their investments.

Also, the MD of Apakan Securities stated that this default is a major blow to investor confidence in the capital markets. He said: “It is really not a good one, and it is quite strange that COCOBOD will also be caught in this kind of situation because we know that the cocoa board receivables are tied to cocoa. So, I struggle to understand why the current woes of the government should affect COCOBOD”.

He also pointed out that this default may lead to investors shying away from Treasury bills, as they will now be on the edge, and may not be willing to buy Treasury bills which have been exempted from the domestic debt exchange programme.

Introduced in 2002 as an added layer of investment options to the public and a means of easing the cyclical pressure on the cedi, the cocoa bills have been a mainstay of the domestic capital market – particularly the 182-day variant. They have recorded handsome patronage on account of the strength of its underlying asset – cocoa.

The Ghana Cocoa Board is a government-owned entity that is responsible for regulation and development of the cocoa industry in Ghana. The country is the second-largest producer of cocoa in the world, and the industry is a major contributor to the country’s economy. The default on the 182-day bill is a significant blow to the industry, and it is not yet clear how government plans to address the situation.

The development is bound to raise significant concerns among investors about COCOBOD’s ability to redeem upcoming obligations, in light of projections by the International Cocoa Organisation (ICCO) about cocoa prices dipping in 2023.

ICCO’s forecast is based on a sharp rise in the net short positions of commercial traders in Europe and the United States over the 2020/21 to 2022/23 seasons, a development it attributes to demand for ‘insurance’ against price drops.

This default also comes at a time when government is undertaking a domestic debt exchange programme amid massive resistance from investors although it has been taking measures to address issues raised, but the default on the 182-day bill is a major setback.

The Ghana Cocoa Board has yet to make an official statement on the matter, and it is not yet clear what steps it will take to address the situation. The default on the 182-day bill is a serious matter, and it is important that government and the cocoa board take immediate action to address the situation and restore investor confidence in the capital markets as the future of the Ghanaian economy, and the cocoa industry, depend on it.

Commenting on the issue, Edem Nick Kporku – Investment Analyst with Constant Capital, mentioned that this default will definitely have a ripple-effect on the economy of Ghana, as many investors will be scared to invest in the future.

“We are looking at the cash flow problem – especially if you’re expecting the money to come to you and then nothing comes through and institutions may have had plans on how to use the funds when the maturities hit their accounts.

“Take for example some asset managers who may be in a liquidity crunch and may not be able to sell government securities at this time to pay out investor withdrawals from their mutual funds’ positions. This would lead to a liquidity problem for them,” the Investment Analyst said.

It is vital that government takes immediate action to restore the confidence of investors and ensure that the cocoa industry in Ghana is not affected. It is also important that COCOBOD takes steps to ensure that this does not happen again in the future, and that they communicate effectively with investors to ensure their investments are protected.