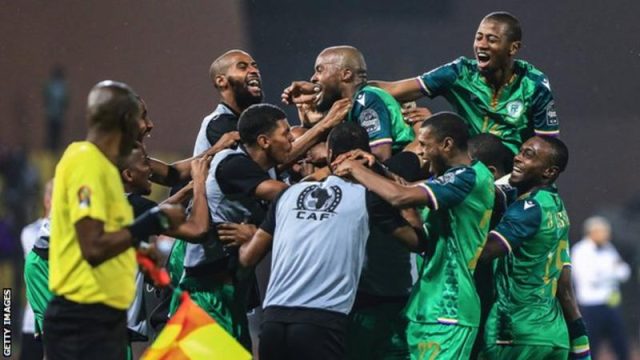 Head of the Comoros Football Federation Said Ali Athouman was recorded on video saying they fielded some players who had tested positive for coronavirus in their famous 2021 Africa Cup of Nations victory over Ghana last year.

Comoros, making their tournament debut, shocked Ghana 3-2 in their final group game to eliminate the four-time African champions and advance to the knockout stages. They did, however, lose 2-1 to Cameroon in the round of 16 due to Covid, forcing Comoros to field an outfield player as a goalkeeper.

“Against Ghana – I can say it now since time has passed – we had first-team players who tested positive and we managed to have them on the pitch playing,” Athouman said at his wedding.

The guests at the wedding could be heard laughing – but for African football body Caf it is far from amusing.

Having employed a Swiss company to carry out the PCR tests on players, which happened regularly before all games, Caf is adamant no individuals with positive cases would have been allowed to play.