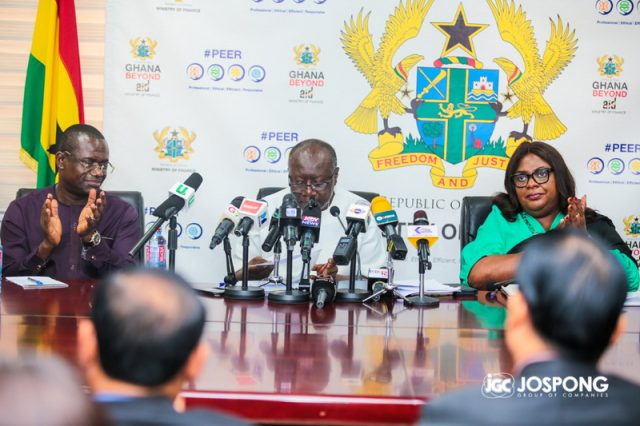 Finance Minister, Ken Ofori-Atta, says the government is committed to building local resilience and capacity as a preventive measure against future economic crises.

Speaking on JoyNews’ PM Express Business Edition, he explained that the country had been left exposed following the exhaustion of the country’s buffers to tackle the Covid-19 pandemic, thus making it vulnerable to the ripple effect of the Russia-Ukraine war.

According to him, the government in an effort to prevent such a crisis from ever repeating will be heavily investing in agriculture and industry to break the country’s reliance on food imports among others.

“Well, there are consequences to these things. How do you mitigate it? And really what is the alternative? The alternative is a disorderly process which we don’t want. So how do you manage that in a way in which we will know the direction we are going?

“We get the support from the international community, but the same time, build local resilience and capacity. And that’s why the issue of farming, etc, industries are going to be key in this period of time so that we build a country that has more buffers than it has had in the past,” he said.

Meanwhile, he noted that engagements are ongoing to introduce structural reforms in the country’s economic frame to support the local capacity building project.

“I think the issue of certain structural reforms which we are discussing with a lot of people are really also what is expected of this government and some hard decisions including a debt exchange, including reforms, commitment bases for expenditures etc.

“And we’ll look at the ministries, what are we going to do about these flagship programmes? all of those are critical components of this journey that we have embarked on. And we will be successful,” he said.

Teams and Outlook go down for thousands of Microsoft users | Science & Tech...

Gold-for-oil: Ghana To Save Over $3bn Spend On Import | Economy