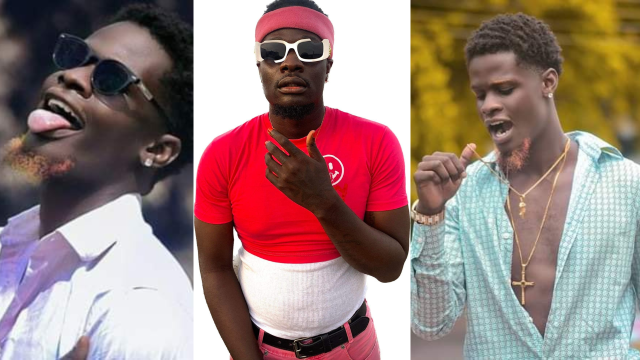 Billy Affou was born in Chiari, Italy on August 25, 1998. Although considering his step-siblings biological, he is the second born of his biological parents.

Slut Boy Billy was raised in Pittsfield, Massachusetts and spent some of his childhood in Tampa, Florida.

Slut Boy Billy was forced to move to Tampa, Florida after his parents got a divorce which resulted into his father Joseph A. Affou winning full custody in court, his father immediately relocated them to Tampa in the interest of a better living condition.

Slut Boy Billy began his musical career in 2018, debuting his single “Abracadabra”. After releasing his first project he caught the attention of the locals in Pittsfield, Massachusetts and fed off that stimulation to continue making music.

In 2019-2020 Slut Boy Billy decided to take time off and evaluate his craft in order to be considered highly unique in the music industry.

In the midst of his time out of the studio, Slut Boy Billy decided to take practice in his other craft which is acting, he went to audition for a production company owned by Ghanaian actress Yvonne Nelson and impressed her enough for her to post him on the official production’s Instagram page.

As well as get a callback, however unfortunately Slut Boy Billy went through a medical crisis that led him to miss official production schedules on the film Yvonne’s production cast him on.

In 2021 Slut Boy Billy rebranded his style of lyrical delivery and tweaked his vocals to establish his unique approach to music, he displayed that new version of himself with the debut single “Draco”.

He Went on to express his approach to music and where he sees himself going with this rebrand in an interview with Campus Base TV.

As the year 2022 is coming to an end, Slut Boy Billy has made it clear that he has no intent to let up on his craft by releasing “Eish” featuring Ghanaian rapper AGS Remedy and assured that he’s only looking to evolve by releasing more projects as well as venturing into more collaborations.

Slut Boy Billy has received both praise and criticism for his uniquely eccentric vocals while rapping and his appearance aesthetics which he’s displayed on multiple counts wearing crop tops.

Slut Boy Billy has made it known that he’s not in it to follow the Hip-hop tradition, he stated that he’s in it to expand the creative aspect of music in general with his idea of rap delivery.

In the heart of Pittsfield, Massachusetts where Slut Boy Billy was raised is a distinct area that is not only rich with history but has contributed significantly to the rapper’s identity.

First Street where a well-known park with long history called The Common is the place Slut Boy Billy spent a lot of his time with friends and affiliates growing up as well as Clapp Park on West Housatonic Street.

Lincoln Street is where Slut Boy Billy’s journey began. The young artist moved around a lot, from Lincoln Street to Newell Street, then to West Housatonic Street.

Slut Boy Billy had to leave his home town Pittsfield, Massachusetts to Tampa, Florida due to his parents getting divorced when he was eight years old and his father winning full custody.

After his father won full rights Joseph A. Affou (Slut Boy Billy’s father) decided to relocate them to Tampa, Florida where Slut Boy Billy could be raised properly by his father’s standard, eventually, Slut Boy Billy did return to his hometown after spending years in Tampa on 15th Street with his father’s then-wife and Stepmother Marilyn Williams;

Slut Boy Billy built a strong bond with his step-siblings Lakisha Williams and Antwan Williams whom he considers as his real siblings alongside his biological sibling Joyceline Affou.

Slut Boy Billy attributes his sense of community to how he was raised in Pittsfield, Massachusetts and his experiences in Tampa, Florida. Over the years, he chronicled his life story through social media and friends who can testify to the shared parts of his upbringing, emerging rise to success, and carving out his own lane as a hip-hop artist.

2022 was my happiest year because I sat in an aeroplane for the first...

How to Watch ‘Kaleidoscope’ on Netflix. A Complete Guide